In celebration of the 100th anniversary of the Iowa State Parks system, Travel Iowa and the Iowa Department of Natural Resources (DNR) introduced the Iowa State Park Passport Program this summer. The passport program was developed to encourage Iowans to embark in a family-friendly challenge to enjoy the outdoors, visit parks across the state and track their progress through a personalized digital passport for a chance to win fun prizes.

To help kick-off the new program, they partnered with seven travelers to share their adventures and prove that with more than 61 state parks to choose from, you don’t have to travel far from home to safely experience the diverse beauty that is Iowa. 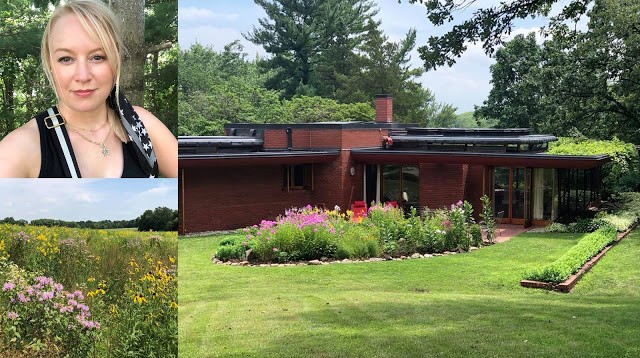 The first state park experience for Crystal Blin (@crystalcattle) was spent visiting Cedar Rock State Park, which features more than 300 acres of native grasslands and the Frank Lloyd Wright-designed Cedar Rock. Designed in 1950, the famous home is a must-see stop. Throughout the park, Blin noted stops along the walking trails with QR codes for the Iowa State Park Passport to inform visitors of their surroundings. Bingo cards can also be picked up in the visitor center to have a little fun along your hike.

Kiley Cutler (@kileycutler) used the Iowa State Park Passport to enjoy new adventures closer to home in Iowa. Cutler took a short road trip to Badger Creek State Park to experience the sunflower fields which were in full bloom during their visit. 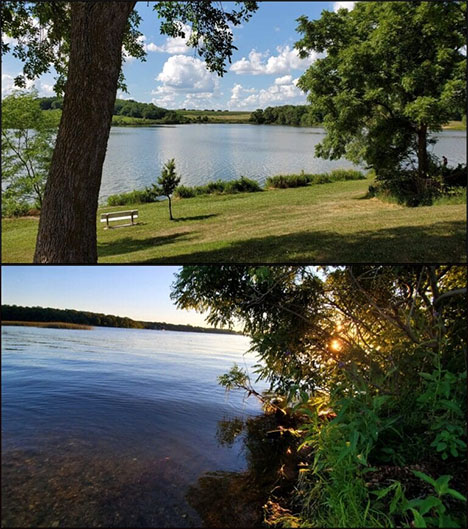 Topping the list of activities at these parks are beautiful 8-mile hikes at Stone Park, fishing and kayaking on Prairie Rose Lake at Prairie Rose State Park and camping overnight in one of McIntosh Woods State Park’s yurts. In addition, hidden gems like the exploration of the Volga River State Recreation Area, referred to as “Little Switzerland,” and the sandstone ledges at Ledges State Park, which sit 100 feet above the Des Moines River, all offer unforgettable experiences that are beautiful in their own way.

Michelle Marine (@simplylivelove) has explored Iowa parks for the past 14 years but believes she has only scratched the surface on all that Iowa has to offer. In celebration of 100 years of Iowa State Parks, Marine put together a list of the top seven beautiful state parks to visit in eastern Iowa.

Topping the list is Backbone State Park which offers stunning vistas and the highest point in Iowa, a narrow ridge of bedrock called Devil’s Backbone, also where the park got its name. Other must-see stops in eastern Iowa include Lake Macbride, Wapsipinicon State Park, Palisades-Kepler State Park and more. 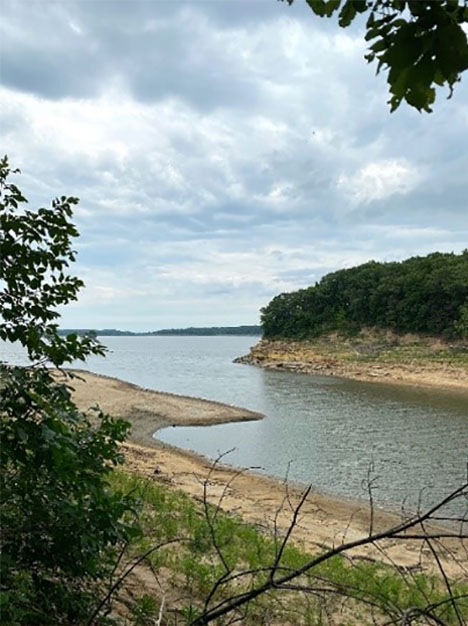 Bannister also noted that Lake Ahquabi State Park is the perfect oasis. With a 115-acre lake, small beach front and the 6.5-mile surrounding trail, this state park offers something for everyone with hiking, swimming, paddling, kayaking and canoeing right at your fingertips.

Bobby and Alli Talley (@traveling_newlyweds) explored several Iowa state parks while passing through Iowa during previous trips across the U.S. The couple was thrilled to discover locations like Mines of Spain State Park and Pine Lake State Park offered something unique and off the beaten path than other places they’ve visited. These experiences in Iowa have captured their hearts and sparked joy in their current time of reminiscing. The Talleys noted the jaw-dropping bluffs, mesmerizing waterways and scenic views will have visitors from across the U.S. questioning, “Wait, this is Iowa?” 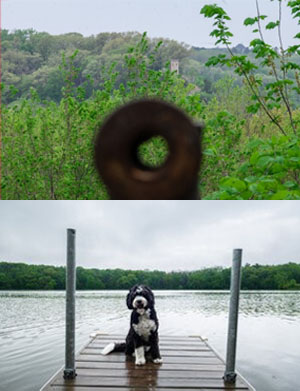 Photos captured of the lookout at Mines of Spain State Park and Sally preparing to jump in at Pine Lake. 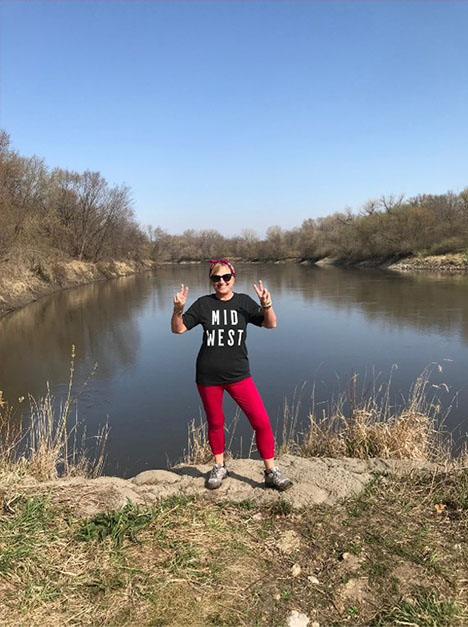 Andrea Larson (@lifelovelarson) found inspiration over the summer from her Iowa-based parents who are the ultimate explorers of Iowa.

A few spots that have made lasting impressions on the Larson family include seeing the sunflowers in full bloom at Badger Creek State Park, experiencing sunsets while camping at Clear Lake State Park, hiking through Ledges State Park and enjoying a picnic lunch at Green Valley State Park.

“They are true believers in the idea that beauty and adventure is everywhere, you just have to take the time to seek it,” said Larson of her parents’ Iowan adventures.

Iowa City ranks 12th for cities with the best work-life balance in the country.