Still among the top places to live in America.#ThinkIowaCityhttps://t.co/xx1TuVat27

There’s never been a better time to live in Iowa – and Livability acknowledged that with their list of 2020’s Top 100 Best Places to Live. Four Iowa cities (Ames, Cedar Rapids, Des Moines and Iowa City) landed spots on the data-driven list.

This year has been a year unlike any in recent memory, and Livability took that into account with a new metric – an “opportunity score” that was used to determine each city’s landscape of opportunity, including variables like job numbers, broadband access, economic resilience and growth.

Iowa offers affordability, opportunity, safety and community – things that matter now more than ever, making it no surprise to see Iowa well-represented on this list. Ames came in at 15, Iowa City at 20, Des Moines at 83 and Cedar Rapids at 94.

Des Moines not only made Livability’s list, but the city is also one of nine cities set to host the multi-site swimming Toyota U.S. Open event being held from Nov. 12-14. The event is traditionally held in one city with up to 800 athletes but is being spaced out this year to accommodate for COVID-19. The Wellmark YMCA will serve as the Des Moines location, where four-time finals sessions and both men’s and women’s flights in each session will be held. This allows for more than 1,800 swimmers to compete across the country at the nine sites.

We're excited to welcome @USASwimming athletes to Greater Des Moines in November for the Toyota U.S. Open! Thanks to @DesMoinesYMCA for helping to bring this event to our community! https://t.co/UDzRFNHkRT

Jill Lippincott, Innovation and Apprenticeship Team Lead at Iowa Economic Development Authority (IEDA), was honored by the U.S. Small Business Administration (SBA) with the Iowa Women in Business Champion of the Year Award.

Lippincott’s advocacy work has raised the profile of women business owners and the state’s Targeted Small Business (TSB) program, which has played an important role in Iowa’s ongoing economic recovery efforts during the pandemic. Iowa was also ranked 24th in the nation in the number of businesses owned by women, a key component of Lippincott’s work.

As the NBA wrapped up its season this week with the Los Angeles Lakers being crowned champions, another NBA player took home an honor that may be just as special.

Harrison Barnes, an Ames native and forward for the Sacramento Kings, was awarded the 2019-20 End-of-Season NBA Cares Community Assist Award. Barnes has provided support for youth, families and front-line workers in Sacramento, Dallas and Ames. Examples of Harrison’s philanthropic work include the Harrison Barnes Reading Academy, working with the Boys and Girls Club of Story County and the Harrison Barnes Basketball Camp, among other projects, including a renovated gymnasium at the Ames high school he attended. Harrison and his wife, Brittany, have also donated $200,000 to eight nonprofits that were created by victims to fight against racial injustice and police brutality.

.@SacramentoKings Harrison Barnes (@hbarnes), who has provided meaningful support to youth, families and frontline workers in Sacramento, Dallas and his hometown of Ames, Iowa, is the recipient of the 2019-20 End-of-Season NBA Cares Community Assist Award presented by @kpthrive! pic.twitter.com/duJnrdUei1

Iowans in all 99 counties helped to mark the 10th anniversary of the Healthiest State 10th Annual Walk by teaming up to walk for 30 minutes on Wednesday ?? Read more: https://t.co/6XmuFLtPxc #TeamUpFor10 pic.twitter.com/lD1bps5Muy

The Healthiest State Annual Walk began in October of 2011, when then Governor Terry Branstad called on Iowans to improve their health with a state-wide walk held on the first Wednesday in October. This year, Iowans in all 99 counties celebrated the 10th Anniversary of the Annual Walk.

“In the past decade, hundreds of thousands of Iowans have participated in the Healthiest State Annual Walk,” said Jeff Russell, president and CEO of Delta Dental of Iowa and chair of the walk committee. 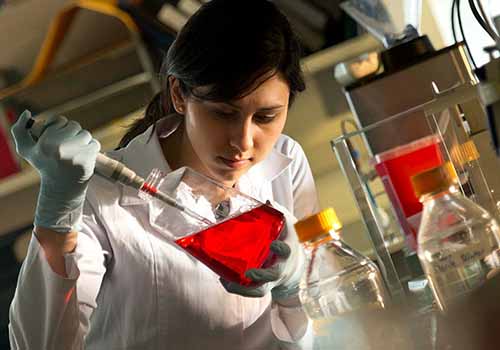