Watch Video
Back to Home

The Netherlands to Iowa City

Dr. Michael Abramoff, an Iowa resident for more than a decade, would be happy to show anyone there is more to the state than meets the eye. From tight-knit communities, to prestigious institutions, to crystalline waters, there’s a reason why more people are coming to the Hawkeye State.

At more than 4,000 miles, Abramoff’s long road from Europe to the Midwest has led him to a place where he can live the life he wants and pursue his aspirations. He relocated to Iowa to advance his career as an ophthalmologist and become a leading researcher at the University of Iowa.

“This is such an exceptional environment for ophthalmology,” said Abramoff. “You need a great institution around it, which is what the University of Iowa is, and I believe the department of ophthalmology is one of the best in the world.”

In addition to his career at the University of Iowa, Abramoff is also president and CEO of IDx Technologies Inc., an innovative medical technology developer. Recently, Abramoff’s invention of an autonomous diagnostic artificial intelligence system, which can make a diagnosis without the assistance of a physician, received FDA approval.

But for him, Iowa’s benefits extend beyond the office.

Abramoff, who grew up sailing during his childhood in the Netherlands, can go out on his boat most days after work. For him, sailing through Iowa’s luminous lakes is a way to relax and recharge.

“It is really convenient how close by it is [to go sailing],” said Abramoff. One the many benefits to this hobby, Abramoff said is that, “It engages your mind,” and forces one to focus only on the task they are doing.

Success for Abramoff includes balance and the ability to enjoy hobbies outside of the office. At just 19.4 minutes, Iowans like Abramoff often take advantage of one of the shortest commutes in the country — a benefit that contributes to the state often being recognized nationally for its work/life balance.

“In Iowa, you can focus on work and family — which are the things I really care about,” said Abramoff. “Here, I’ve really been able to pursue [the life] I want. The nature, the great quality of people — all of that has allowed me to be successful here.” 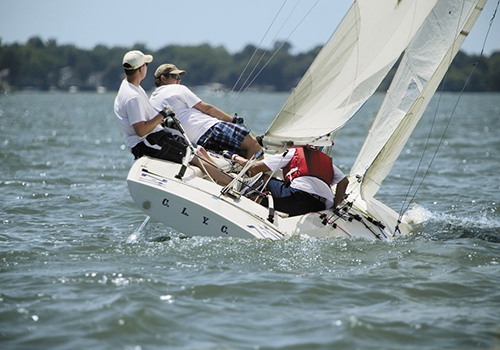