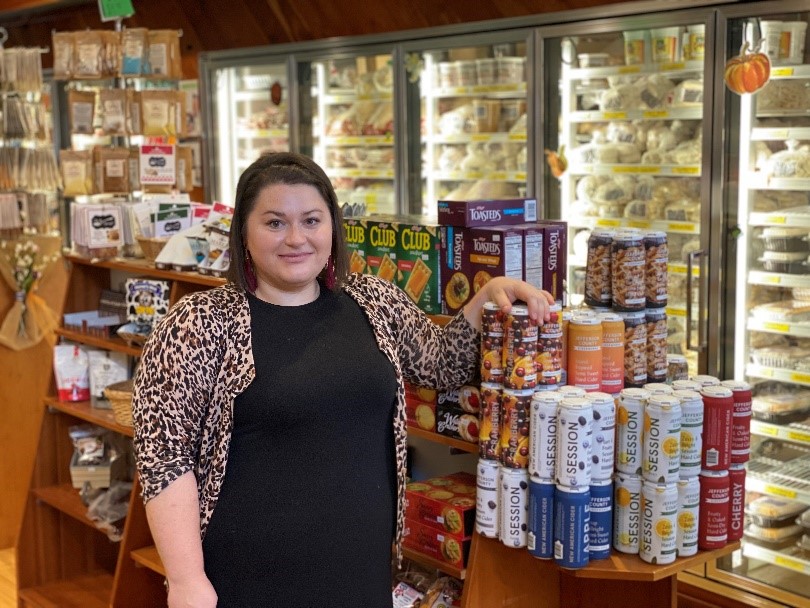 By the Spoonful in McGregor, Iowa, is a gourmet food store that specializes in Iowa products – complete with homegrown goods, Iowa-made wines and craft beer, dairy treats and locally sourced meats. By the Spoonful brings together a tasteful shopping experience and old-school charm.

Coming from a family of scratch cookers, Katie Ruff developed a natural passion for cooking. She combined that with her love for small-town community and opened By the Spoonful (BTS), a grocery store in McGregor that specializes in products made in Iowa. Around 90% of the store’s products are made in the state with the other 10% coming from throughout the Midwest.

Ruff’s mother and both grandmothers loved to cook. That passion was passed down to Ruff, who enrolled in Iowa State’s culinary food science program, where the curriculum consists of a blend of food science, cooking and dietitian classes. Ruff was even required to take an entrepreneurship class – which would pay dividends later.

“I was like, ‘I don’t need this class, I’m not going to own a business.’ Which is funny because three years later I’m writing a business plan to open a business,” Ruff said. “It’s kind of funny how life works out.”

Ruff gained plenty of firsthand knowledge about running a grocery store and customer service from her experience at Hy-Vee, where she held a variety of roles, including cashier, pharmacy technician and retail chef. With natural people-skills, these roles taught her the more technical parts of the grocery business such as ordering and stocking techniques, which vendors to work with and organization from a retail perspective.

Eventually, she worked her way up to become a full-time retail chef for Hy-Vee, where she encouraged customers to cook a variety of meals at home. She would even set up demos in the grocery store and showcase how to make exciting dishes.

After seven years of working for Hy-Vee, Ruff decided it was time for a new adventure. While she was home in McGregor for the holidays having coffee with her mother, Ruff began to think about moving back home when she neared 40 to open a cooking school. But when McGregor’s local food store shut down around New Year’s in 2012, the wheels began to turn in Ruff’s head.

“When I went to the bank to ask for a loan to buy the building, that was the first time that particular loan officer had somebody come to them with a business plan already written,” Ruff said, adding that it gave her confidence that she knew what she was doing. 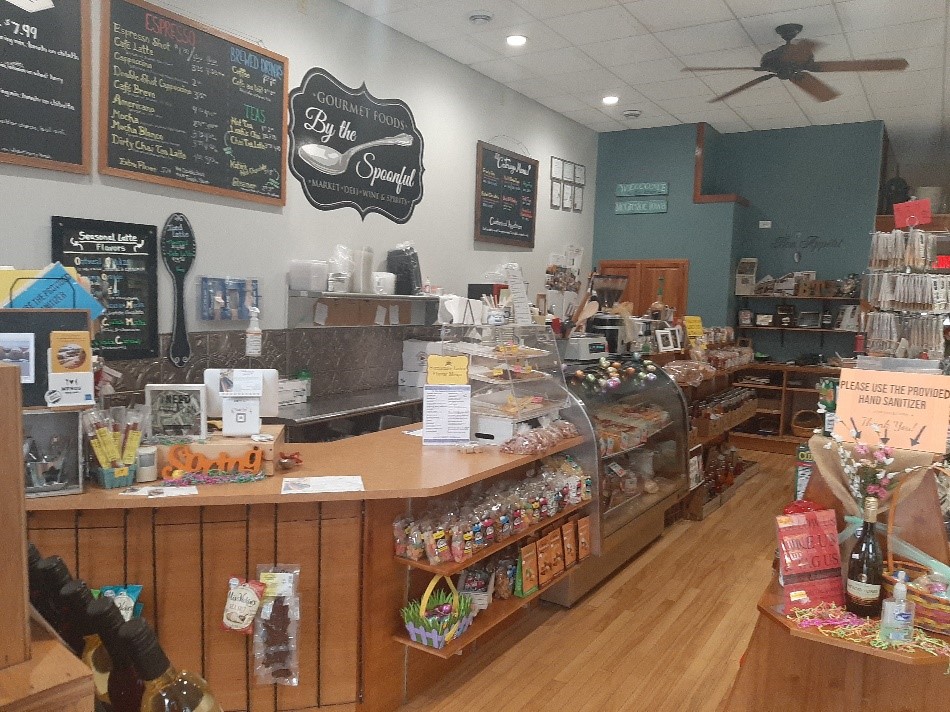 Since then, BTS has grown to offer a large selection of meats from nearby meat producer Edgewood Locker, plus local wines and take-and-bake meals that are made in-house. Ruff also features a wide variety of sandwiches on the lunch menu, and her espresso bar is filled with coffee, lattes, teas and hot chocolate, making BTS a beloved location for the community to gather.

Prior to the COVID-19 pandemic, Ruff taught cooking classes with groups of five to six people making elements of a dish (each person has a portion of the dish they’re in charge of making) – afterward the group would eat and get to know one another. Starting in January of 2022, Ruff will begin offering cooking classes again to private parties.

Though she hadn’t envisioned returning to McGregor until years later, the timing was right for Ruff, and she quickly realized how much she had missed her hometown and being an active member in her community. She’s served on as the president of McGregor and Marquette Chamber of Commerce on top of managing a grocery store that’s become a community hub.

Whether it’s locals from McGregor or Marquette, visitors who have a second home in town or travelers stopping by for a quick visit, BTS receives plenty of foot traffic, especially in the summer months.

“When I water flowers at our hanging baskets [outside the store], it should only take me 20 minutes, but it always takes me an hour and a half because people stop and talk. I love that!”