What brings a California skateboarder to Iowa?

When Mike Vallely moved himself, his wife and his skateboard company Street Plant to Des Moines, many assumed the former professional skater was drawn by the new Lauridsen Skatepark. However, the skatepark was simply an added bonus; instead, Vallely came for the bike trails and four seasons.

After being raised in New Jersey and completing most of his skating career in California while competing across the country and world, a past visit to Des Moines placed the city on his list of favorite places.

"I really see Des Moines as a great four seasons recreational destination," Vallely said. "As someone who's traveled across the world and paid attention to cities, the ones that stand out are those with a strong bicycle culture. Iowa's commitment to bike trails across the state is unparalleled in the U.S." 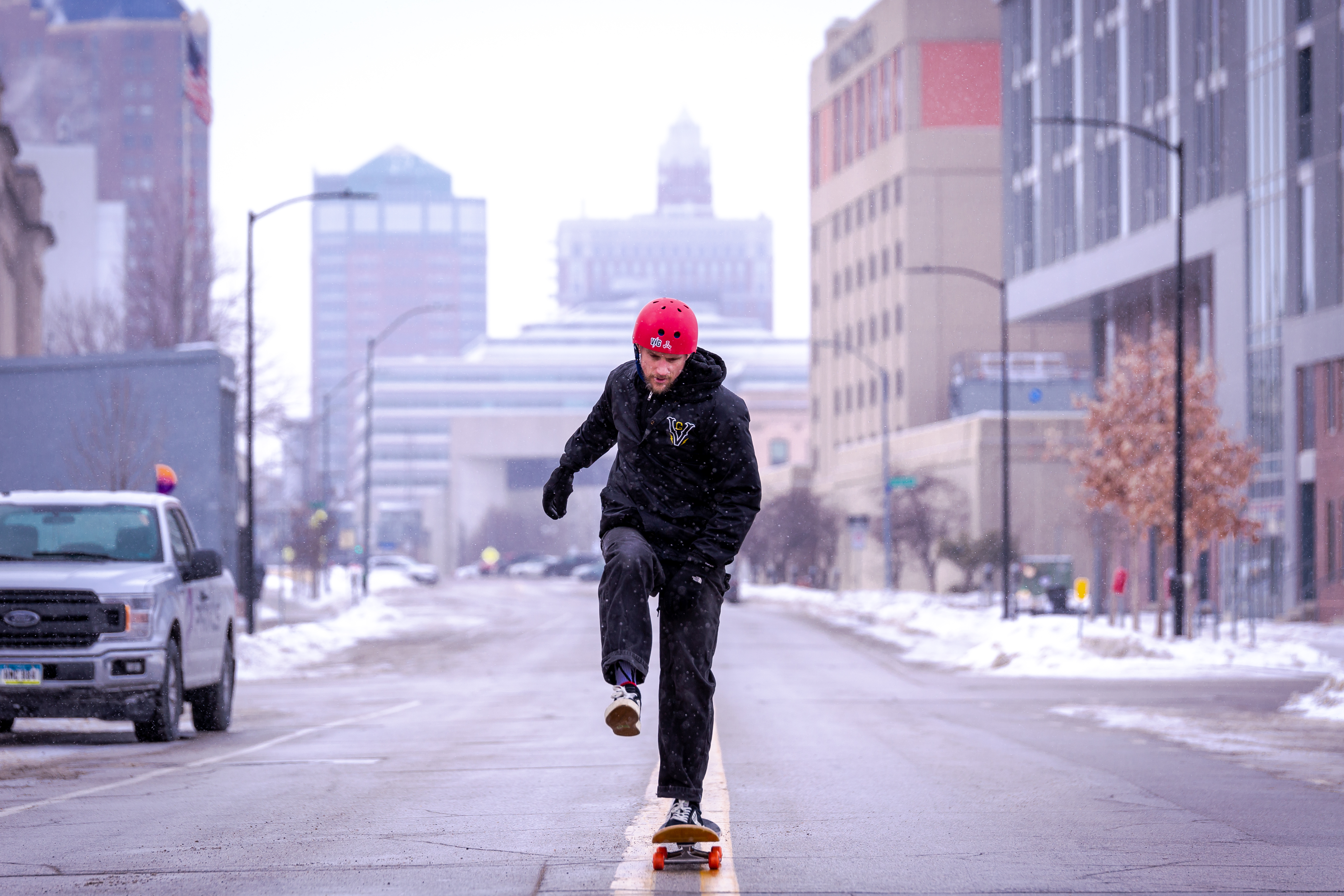 With nearly 2,500 miles of beautifully paved bike trails, Iowa is branded as the World Capital of Trails. The Register's Annual Great Bicycle Ride Across Iowa (RAGBRAI) draws cyclists from across the country and is the largest bike-touring event in the world.

As an avid biker for both recreation and transportation, Vallely believes streets, sidewalks and trails are the best way to explore a new place. After moving to Des Moines last winter, he learned about his new home from skating the frigid, snow-covered streets of the downtown and East Village, creating a video along the way.

Titled "Slow Down," the video was posted to his official website as a "love letter" to Des Moines and its seasons while also encouraging his fellow skating fanatics to skate whenever they can despite the conditions.

Though retired from competitive skating, Vallely still remains involved in the professional skating scene. His skateboard company Street Plant, created in 2015, produces skateboards with unique designs, including some that feature Des Moines and Iowa, and merchandise.

"It's exciting to have a business here in Iowa," Vallely said. "I've only been here a year, but Iowans have already embraced the company as Iowa-based, Midwest-based, and I'm embracing Iowa with all my heart and soul."

As he continues to enjoy Iowa's seasons, state parks, surprising restaurant scene and the bike trails, Vallely has seen and appreciated Iowa's many cultures and the recreation opportunities that emerge from them.

Skateboarding on the Rise 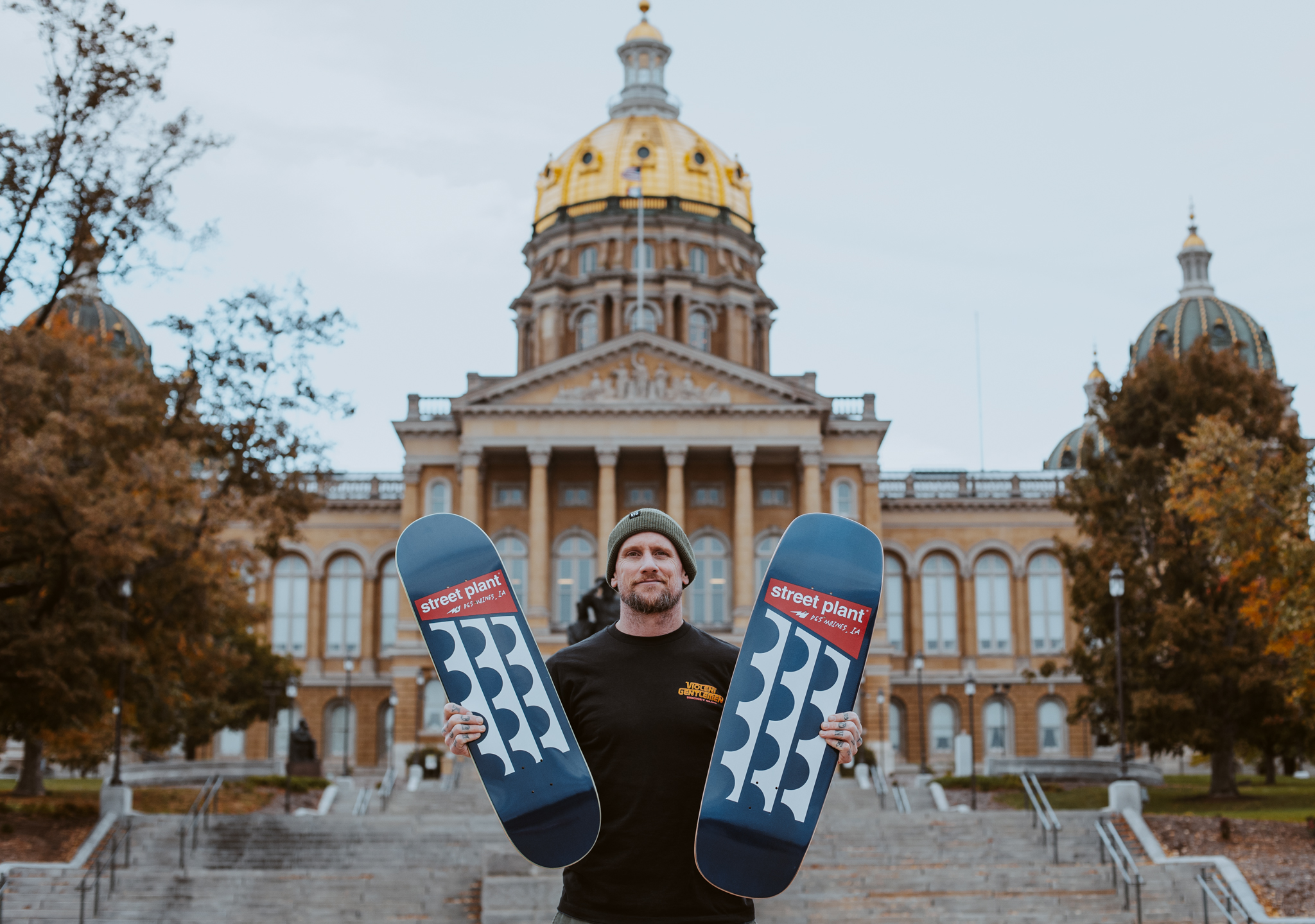 With skateboarding now an Olympic event and the number of skateparks increasing, urban landscapes are finally providing appropriate spaces for skaters to put their skills to the test. Vallely believes the Lauridsen Skatepark and Des Moines send a message to skaters and cities around the world.

"It's absolutely world-class, and one of the best if not the best," Vallely said. "Skateboarding has come a long way, and the openness to recreation and facilitating and meeting the needs that people have is meaningful. I made it my own life mission to share skating and seeing skate parks like this one feels like, 'wow, my dreams have come true.'"