When the Iowa Theater closed in 2015, the community of Winterset was heartbroken, though unsurprised after watching it decline for years. However, when the marquee later displayed the single word "SOLD," it sparked excitement throughout the community and was the most talked about realty purchase in town. 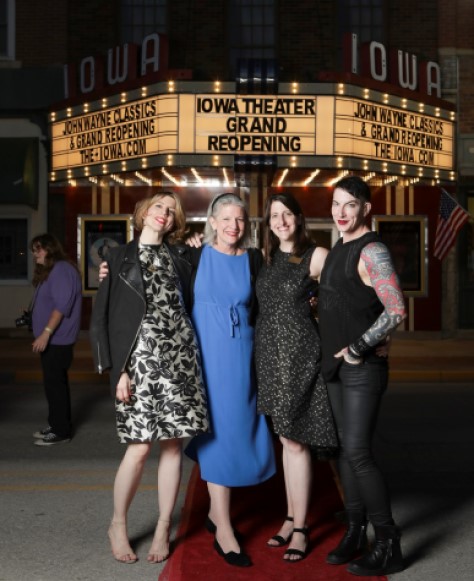 Marianne Fons, an already well-recognized local for her quilting career, and her daughter Rebecca were celebrated throughout the community for rescuing the historic theater from disappearing under its dilapidated structure. As a movie-loving family, Rebecca has fond memories of watching her first films at the Iowa Theater and knew Winterset would suffer without this important community treasure and piece of history.

"Our philosophy was the idea that you can either move to a better town or make your own town better," Marianne said. "We truly felt that if the movie theater were dark or dead, the town would appear to be dying as well. But when everyone sees investment in the community, they follow suit."

Inspired by Marianne's deep roots in Winterset, where she's lived since her 20s and raised a family, and Rebecca's two degrees in film and media management and experience working with the Chicago Film Festival, passion and expertise helped prepare the duo for the project of a lifetime.

From Ruins to Revival

After Marianne purchased the 1938 art deco theater with her own funds, the pair got to work gutting the building and analyzing its historical architecture. With the help of an audit from an historical expert, they determined most of the building's original 1930s features had been destroyed in previous renovations during the 1970s and '80s. 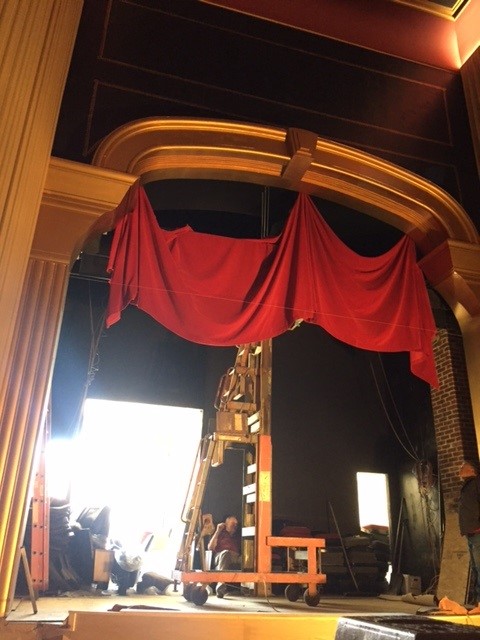 Over the course of two years, the duo brought the 150-seat theater back to life. They restored its high ceilings, inlay designs, concession stand, the balcony, the stage and arch above it, the original 1930s aluminum doors and the marquee, using photos from the 1950s and '60s for inspiration. Modern additions included chandeliers in the ticket lobby, expanding the main lobby, purchasing a state-of-the-art projection system and retractable movie screen and adding a red velvet valence to fill the arch, sewn by Marianne herself.

During that period, they also got the theater approved as a 501(c)3 nonprofit and started fundraising locally, creating a volunteer board of directors to manage the theater's new endeavors. From reaching out to various local banks and businesses, offering seat sponsorships, mailing out pledge requests and hosting a variety of events, they slowly chipped away at the debt accrued in restoring the building.

"We always tried to have it be a place for people," Rebecca said. "We had all the history and documentation about it and knew it had once been a beacon. We wanted to recapture that magic and embrace the past, but also make it comfortable for the present."

Today, the theater's success proves their hard work paid off. The Iowa Theater has since thrived despite modern day struggles like the pandemic. It survived by opening its concession stand and selling its Iowa-grown popcorn with real butter, a crowd favorite. It also kept its marquee lit with the words, "No movies for now, Good health to all," a message that was seen and appreciated around the country.

Though Rebecca has since returned to Chicago and Marianne returned to her career in quilting, teaching and writing, they remain part of the volunteer board, and the theater and its partners continue to entertain thousands of residents and visitors alike every year. 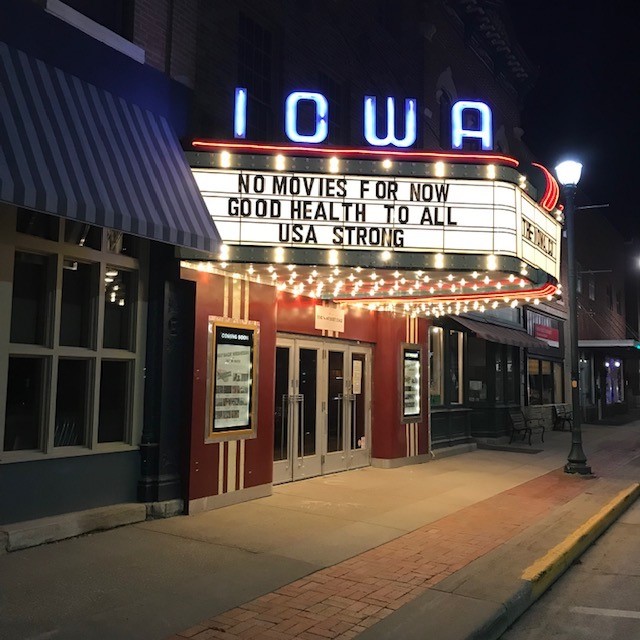 Community organizations like the theater group The Winterset Stage and the Winterset Ballet & Dance Studio as well as productions from across the country perform on the historic stage throughout the year. Additionally, classic films are shown on Wednesday nights and modern films on Friday and Saturday nights, with Sunday matinees. Meanwhile, the concession stand sells locally produced products, including wine and beer.

"When we acquired the Iowa, it was what you imagined as a run down, once beautiful theater. But we didn't want it to be turned into a dentist's office or abandoned building," Rebecca said. "All along, we knew it was going to take time and money, but it was so important to us and the community."

"The director of the John Wayne Birthplace Museum says when the marquee is lit, the Iowa Theater is the heartbeat of the community," Marianne said. "Its board is small and wants what's best for Winterset, plus we have a wonderful paid staff. This tiny nonprofit can do anything."

Read more about their revival adventures on Marianne's website. 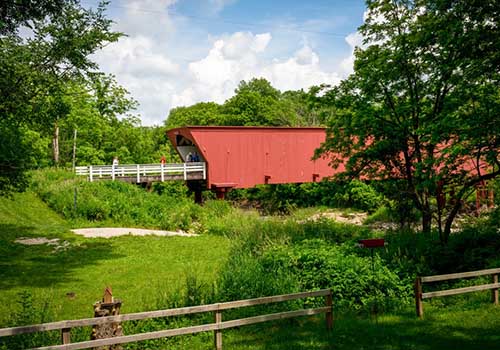