Since it was constructed in 1909, the Carnegie Library in Lake City has maintained its reputation as a community gathering space and a unique destination for visitors. In the past, it’s been the Carnegie Café, then it housed a Mexican restaurant before sitting vacant for 18 months. Now, its newest owners have transformed it into an elevated dining experience known as the Carnegie Bistro & Ale House.

During its time as a library, Todd Green remembers visiting the basement where the children’s books and story hours were held. After watching it sit empty, he and his wife Teresa started forming a plan to purchase the historic building and open a restaurant. They reached out to their son, Aaron Dodd, who was working as a chef in Omaha, and asked if he would be interested in coming to Iowa to join them in this journey. Aaron said yes, thrilled at the idea of having creative culinary freedom.

Since the family purchased the building and officially opened the restaurant in November 2021, the Carnegie Bistro & Ale House is now well-known for Aaron’s unique twists on classic dishes. After 14 years of experience as a sous-chef who crafted international fare, he now strives to encourage the small community to experience new flavors.

“In my previous job, I did a lot of different cultural cooking for various events, and that’s something I’ve always been interested in,” Aaron said. “So, what I do here is make homemade sauces for all the proteins. Since people already know what the dish is, it creates a way for me to put a new spin on it and get people to try new things.”

And it’s worked. With Aaron’s creations awing regulars and visitors alike, alongside uncommon craft beers on tap served from behind the old library circulation desk that was repurposed as the bar, the restaurant introduces a whole array of unique experiences in Lake City. 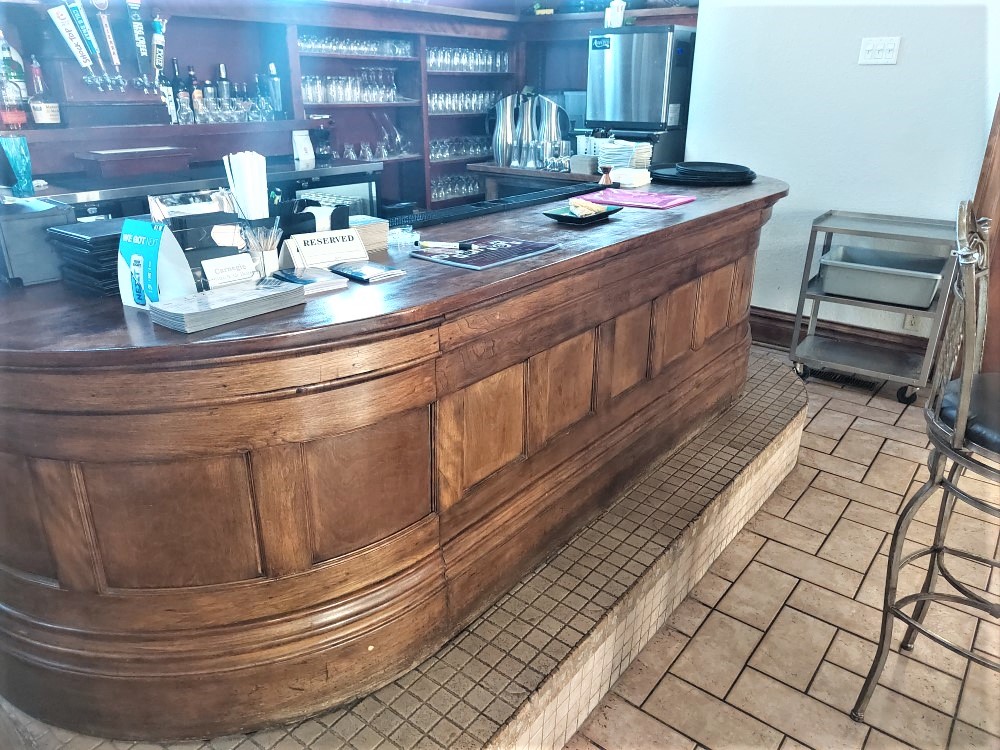 Now, the restaurant is elevating their plans with even more exciting flavors and additions. While the family is still getting word out about the Carnegie Bistro, they’ve started introducing events such as Dining Around the Globe, where guests can purchase a passport and attend six monthly cultural small plate dinners.

“We don’t want to be just a steak and burger place, and we’re not,” Todd said. “Aaron’s always coming up with good things. We just keep trying to get people interested in the food and craft beer scene and there are several instances of people seeing unfamiliar things and wanting to try it, so that’s kind of cool.”

As the Carnegie Bistro continues to introduce new and exciting flavors, the family also has several plans for elevating the experience even more. From installing a lift to improve accessibility, adding a deck behind the restaurant to incorporate outdoor seating and converting the basement into a catering kitchen, Todd, Teresa and Aaron aren’t quite finished yet.

Until then, visitors can enjoy Aaron’s creations while admiring the building’s historic woodwork and décor, and even borrow a book from the Carnegie Bistro’s take-a-book, leave-a-book library.