"Iowa is Making Me A Better Person"

Relocating to a new state after decades of living in the same city can be daunting for anyone. But for Jeff Bloemker, it’s a decision he never second guessed.

“[Iowans] are so nice, so respectful, so accommodating,” Bloemker said. “The ‘Iowa Nice’ is a real thing. It really exists.” 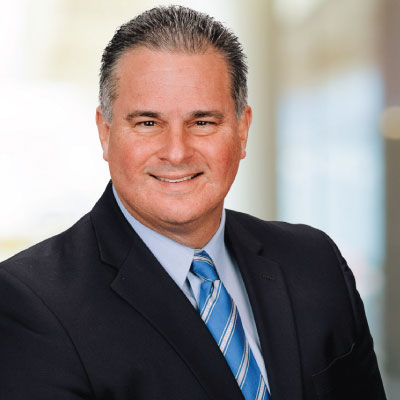 Bloemker relocated to Davenport in 2021 and is loving his career as a commercial banker and economic development lender in his newly adopted home.

The former mayor of a small city in Illinois, Bloemker spent most of his life in the bordering state, where he graduated from Eastern Illinois University and worked for a variety of companies in managerial roles.

Due to the nature of his work, Bloemker became heavily involved in the community, a passion-point that exists to this day. “My mentors taught me that service is the rent we pay for the right to exist on this earth,” he said. “[And] once you raise your hand, you’ll find you start getting a lot of requests for your time and talent.”

After his time in elected office was over, Bloemker was contacted by a recruiter who had an opening at Northwest Bank & Trust in Davenport. The bank was forming an economic development division, with the goal to create an innovative lending program geared toward those who develop commercial real estate. Bloemker fit the bill, and his interest was piqued, especially because he loved river towns.

There was one hang-up – he had never been to Iowa.

He cited Iowans’ kindness, respectfulness and accommodation as helping make the transition to a new state much easier. Bloemker even thought it must be a mistake that he was having so many positive interactions everywhere he went. 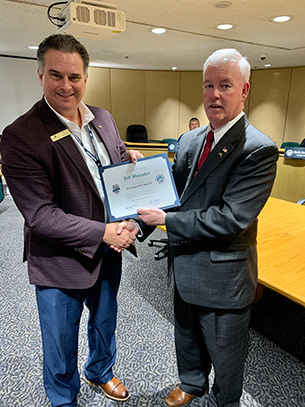 “The first couple of weeks I thought, ‘well, it’s just happenstance, I’m just running into the right people here.’ But it’s been everywhere, I don’t care if it’s at the grocery store, you go to the gym, here at work obviously,” Bloemker said. “I go to all the chamber of commerce business events and the Bettendorf Rotary Club, just everyone across the board is so respectful and it makes that integration for a newcomer so much easier.”

Though he’s been in Iowa for a short time, Bloemker is already working hard to advocate for the state. He’s building relationships with mayors and economic development directors in the Quad Cities to help spur future growth.

Not only is Iowa ripe with opportunity for business and economic development, but it has rich cultural scenes in communities throughout the state. Bloemker says he’s been surprised time and time again at how Iowa’s reality is different than its outside perception. Whether it’s fine art, food or culture, Bloemker now knows that Iowa is a great place to live, work, play and do business.

“Six months into this thing, [moving here] was the right thing to do. I absolutely love it here,” he said. “Iowa has a lot of potential and I’m glad I made this move.”