Living the Dream in Dyersville 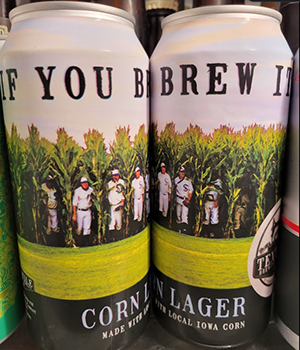 Tom Olberding, owner of Textile Brewing Company in Dyersville, took an unusual path to beer becoming his profession. Originally a pharmacist, Olberding didn’t make the career switch until he was in his 50s – but he’s not looking back now.

“Pharmacy is a great profession, and it helped me get where I am – but this is a dream.”

Olberding’s brewery dreams may not have been possible without the help of a Community Catalyst grant from the Iowa Economic Development Authority (IEDA). Using the grant money, Olberding was able to turn a historic building, originally constructed in 1906 as a gasoline engine factory (then later a sewing machine factory) into a modern-day microbrewery. The building was refurbished to its early 20th century appearance, with great respect paid to the historic charm of the location – even tying the name of the brewery to its past life. Much of the décor was repurposed from original sewing factory equipment, such as Textile’s beer tap handles.

“There is no way this building would look like it does without the help of that money,” he said. “Between the investors and the grant, we were able to turn this into what it is today. I can’t thank them enough for that.”

The brewery, which serves more than 20 made-in-house beers, local hard cider and wine, as well as massive Bavarian pretzels, pretzel bites and flatbreads, has been a big success. Each week, hundreds of guests visiting the Dyersville area come to the brewery, and even more visit during the week of the MLB at the Field of Dreams game.

“I feel very blessed and fortunate – I have a great staff. I feel like every day for me now is a Saturday.”

Dyersville now attracts a diverse group of beer drinkers from the Midwest and beyond. Starting Textile was a risk, and through the brewery’s success, Olberding believes the community is more willing to embark on ventures it may not have pursued in the past.

Other businesses in Dyersville have taken inspiration from Textile, such as Dyersville Family Restaurant and Palace Saloon, which have recently upgraded their buildings. The newly opened Fuse Bar & Grill renovated a historic building, much like Olberding did with the old sewing machine factory. 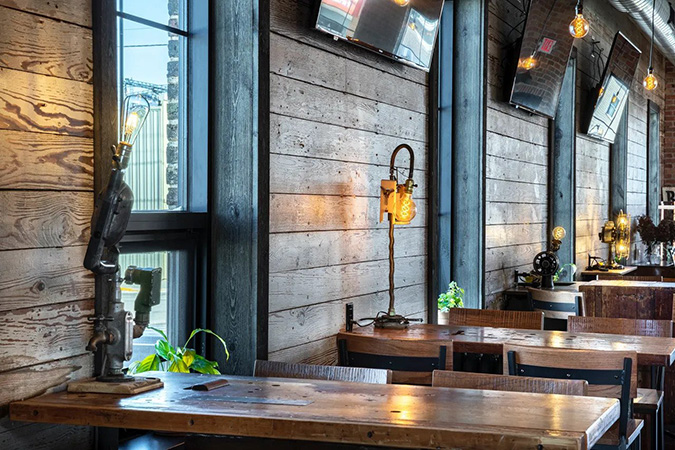 “It has brought life back to Dyersville downtown,” he said.

“We saw a lot of increased sales [after the first Field of Dreams game]. I think a lot of it was due to what people saw [on TV],” he said. “The game couldn’t have been any cooler, so it’s pretty hard if you’re from another part of the country to not want to witness that and come here to see what it’s all about.”