While on a family vacation, Peggy La and her husband John Keoasa stumbled upon shipping container restaurants and loved the idea of a more affordable space for up-and-coming eateries. They returned home to Sioux City’s West 7th Street, a place many minority groups call home, with hopes of creating a similar setup in an empty community lot they already owned a few blocks away from their store, Hong Kong Asian Market.

In that very lot, their friend’s food truck La Palapa had already been thriving for a couple of years, and they decided to revamp the space to welcome more minority-owned food trucks from across the tri-state area, a place that soon came to be appropriately named Yummi Blox.

“We wanted to be one of the first innovators in Siouxland to bring something new and liven up West 7th Street with the idea that anybody and anyone can come and enjoy local foods,” Peggy said. “Having one location makes them easy to find and provide a variety of options.” 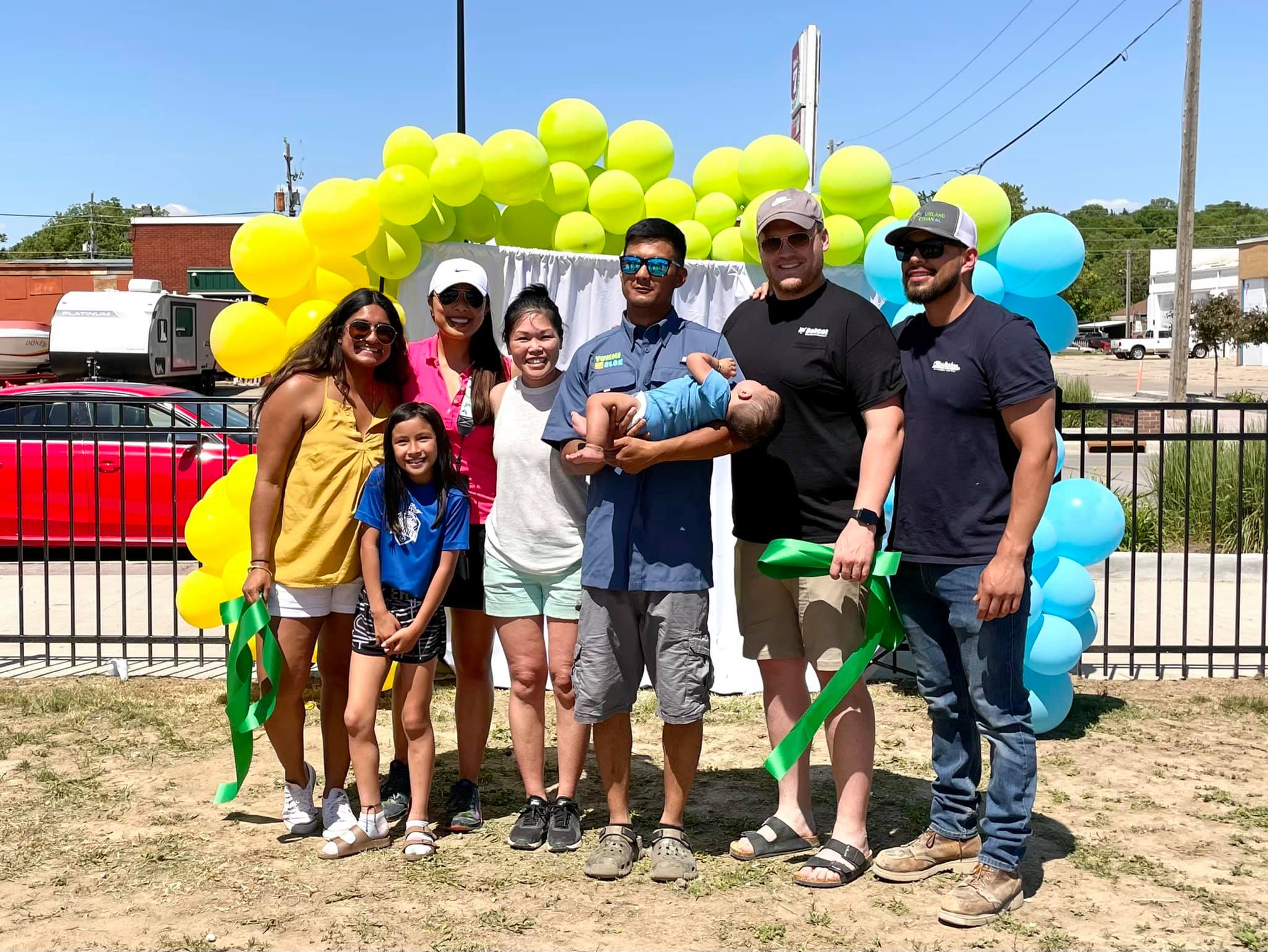 Building off the community’s already popular Food Truck Fridays, Peggy and John set to work getting the equipment and licenses, as well as funding, to create the city’s first recognized food truck lot. With financial support from local grant and tax abatement programs, they were able to add electrical outlets, water hookups and parking spaces for up to seven food trucks at once, along with a place for the trucks to dispose of their oil. The lot officially opened in June 2021 and now, rather than a once-a-week event, food trucks can come as go as they please and easily operate in the lot every day of the week.

Today, the lot consistently hosts four food trucks and has since sparked major growth in the area. Millions of dollars have been invested in complete street reconstruction and façade improvements. Yummi Blox is also the new home to the Siouxland Asian Festival with hopes of hosting more events in the future.

Peggy and John’s efforts to embrace the area’s cultural diversity has not gone unnoticed. Yummi Blox won the 2022 Outstanding Diversity, Equity and Inclusion Initiative award from the Iowa Tourism Office. Its newfound popularity and social media presence have also caught the attention of local news media and even outlets as far as Washington D.C.

“We purchased an empty lot that the city had no intention of doing anything with and turned it into an amazing downtown cultural destination,” Peggy said.