9 Fun Things to Experience Your First Year in Iowa

This story originally appeared in the This Is Iowa’ statewide guide published by Livability. 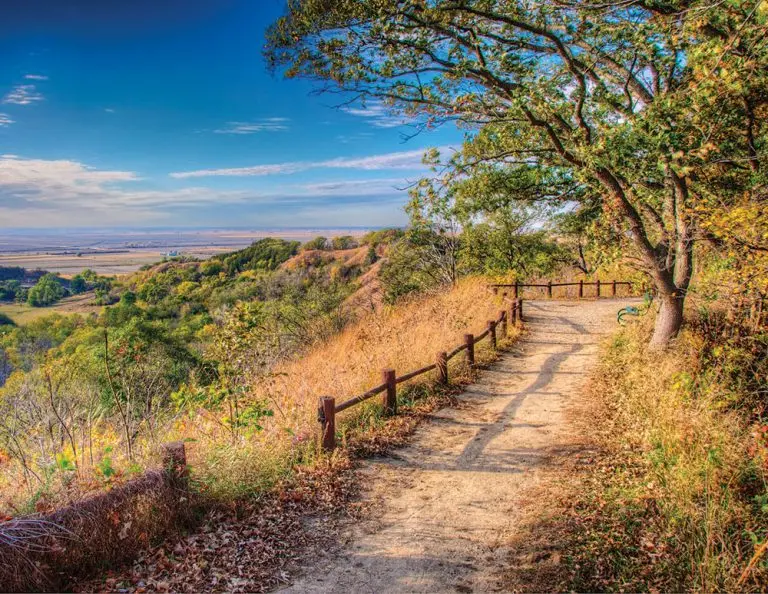 From adventures in state parks to a world-renowned state fair, you can have endless fun in Iowa. Consider these nine experiences a rite of passage in The Hawkeye State:

With 80+ state parks and recreation areas, Iowa is a nature lover’s dream. Go boating on the lake at Elk Rock State Park. Hike the trails in picturesque Dolliver Memorial State Park. Enjoy the architecture at Cedar Rock State Park, where the Frank Lloyd Wright designed Walter House is a focal point. And for a unique adventure, hike the 6-mile trail that connects caves at Maquoketa Caves State Park. Click here for more info on state parks.

Bonus Stop: A River of Fun

The Mighty Mississippi runs through 10 states, including Iowa. Learn all about this great American waterway – its history, culture and ecosystems – at the National Mississippi River Museum & Aquarium in Dubuque. Spot creatures native to the river and its watershed here,including barn owls, paddlefish and the alligator snapping turtle.

For quintessential fall fun, visit one of the state’s many U-pick pumpkin patches. In addition to plump pumpkins for decorating, many of the farms offer seasonal activities, like the corn maze and pumpkin slingshot at Flatrack Farms in Garner. Enchanted Acres in Sheffield has goats to feed and storytimes held in the barn. Travel Iowa’s Farm & Fun mobile passport has plenty of other ideas, too. 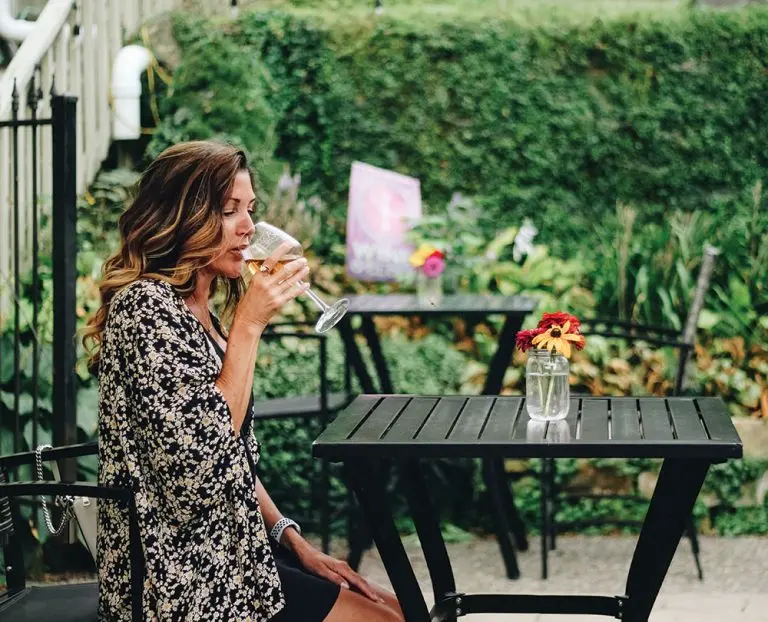 3. Sip your way through wine country.

Iowa is ripe with vineyards, and to help set the itinerary for your wine country staycation, Travel Iowa has a wine passport. Among the wineries included is Lindon Wines, which makes its vino with locally grown grapes and has a tasting room with a “hobbit” door. Or enjoy a tasting at Wide River Winery, which is situated on a bluff overlooking the Mississippi River.

The Figge Art Museum in Davenport is a premier facility located in a glass building on the banks of the Mississippi. With American, Haitian, Mexican Colonial, Asian and European art, collections span the globe, and some date back to the 15th century. The museum is home to the Grant Wood Collection archive. Wood is best known for his famed piece, “American Gothic.”

One of the state’s largest cultural gatherings, I’ll Make Me a World in Iowa is an African American festival with performances, art, entertainment, food and a health fair. The festival also hosts an education day that includes a Black history game show competition.

5. Take a class at the Des Moines Art Center.

The Des Moines Art Center boasts an impressive collection of art from the 19th century to the present, with a major emphasis on contemporary pieces. With artwork by more than two dozen celebrated artists, the John and Mary Pappajohn Sculpture Park is a must-see. If your visit strikes some creative inspiration, the center offers a slate of art classes, from ceramics and calligraphy to working with metals. 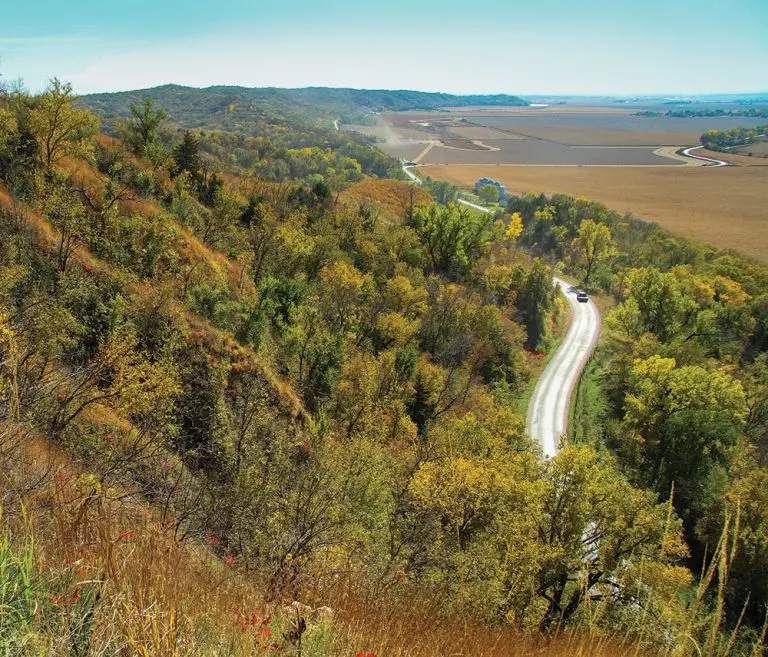 Travel Iowa has several themed trip ideas, from a fall foliage tour on the Loess Hills National Scenic Byway, where you can stop for hot apple cider at the Mincer Orchard in Hamburg or get out and hike at Waubonsie State Park. The Covered Bridges Scenic Byway is an 82-mile route that introduces residents to the covered bridges of Madison County, among other things. Visit traveliowa.com/passport for more information.

Experience Europe without needing a passport by attending the Pella Tulip Festival. Not only are colorful tulips in bloom, but this cute-as-can-be Dutch-influenced city is home to America’s tallest working grain windmill and other delights, like Dutch pastries, a drawbridge and a pond shaped like a wooden shoe.

7. Experience the “Field of Dreams.”

Tucked away in the rolling hills of northeast Iowa is the “Field of Dreams” movie site. You can tour the home, book the diamond in the middle of a cornfield for a baseball game, or watch an interactive comedy routine by the Ghost Players on certain Saturdays in the summer. If you’re an Iowa resident, you’re eligible to buy MLB tickets to watch the Cincinnati Reds play the Chicago Cubs in a regular season game in Dyersville in 2022.

A Smithsonian Affiliate, the National Czech & Slovak Museum & Library preserves and presents unique stories of Czech and Slovak history. The museum has permanent and visiting exhibits. The permanent 1800s Selger Immigrant Home exhibit illustrates how one family lived after emigrating to the area from Bohemia.

Iowa has an impressive cheese scene. Get a taste of it on the Iowa Cheese Trail. The cheese lover’s circuit includes Frisian Farms Cheese, which specializes in making traditional Dutch gouda; Honey Creek Creamery, which makes award-winning chevre; and Dan and Debbie’s Creamery in Ely, which has squeaky cheese curds and handcrafted ice cream.

Iowa City’s arts and culture scene is thriving. One way to preview it is at FilmScene, a two-screen cinema downtown that shows independent, documentary and foreign films and hosts filmmaker dialogues and panel discussions.

The end-of-summer Iowa State Fair is the state’s largest gathering. A must-see is the 600-pound sculpted butter cow. (That’s enough butter for 19,200 slices of toast!) Vendors sell more than 80 different types of “food on a stick,” plus the fair has amusement park rides, livestock shows and concerts. 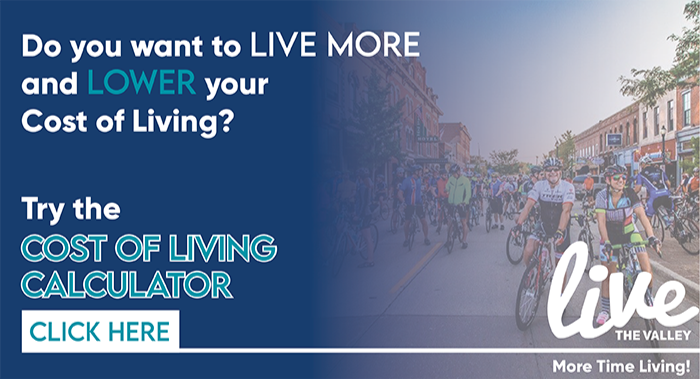