Settling Down and Starting Up in Iowa

When Cherie Edilson moved back to the Cedar Rapids area from San Diego in 2009, she wasn’t searching for a new career, but instead searching for an affordable home – a place to settle down and start a family with her husband, Robert.

But, somewhere between her infatuation with Pinterest, and weekend trips to the local farmers market, Edilson’s passion for creativity and helping others collided. Nearly 10 years (and four children) later she founded Member Marketplace, a company that creates online marketplaces for local communities. Her successful startup eventually led to the launch of Shop Iowa in 2020. 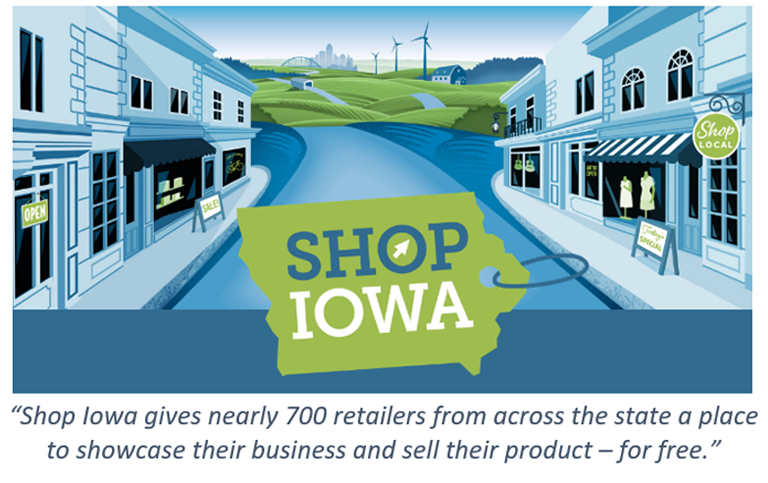 Back to Her Roots

Born and raised in Cedar Rapids, Edilson comes from a large, close-knit family as the 10th of 12 children. She graduated from University of Northern Iowa, where she took part in a program called Camp Adventure that sent her overseas to Germany, Belgium, England and Spain.

“At the time, I didn’t even know what an entrepreneur was…but Camp Adventure was sort of an entrepreneurship program without me even realizing it,” Edilson said.

It was in Spain where she met her husband, Robert, a journalist in the Navy who was also going to school for software design. When Robert’s military career took him to San Diego in 2005, Edilson moved with him and began her career and family.

As fate would have it, the same day they were scheduled to make an offer on a condo, Edilson got a call from her sister.

“She told me that Camp Adventure had a job opening in Cedar Rapids – that I should apply and then come home,” Edilson said.

Back home with a baby on the way, Edilson and Robert bought a spacious, three-bedroom, three-bathroom house in Marion, Iowa, which was less expensive than the condo they were considering in San Diego. With plenty of space to grow their family – and some extra money in the bank – they never looked back. 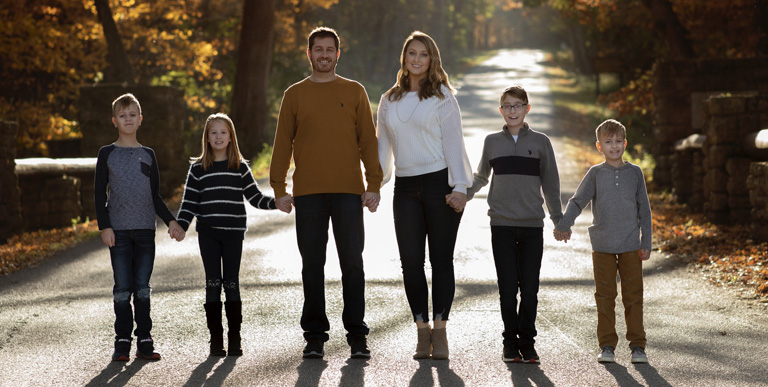 An Entrepreneur is Born

After delivering her second child in 2011, Edilson quit her full-time job to be a stay-at-home mom. In her downtime, she enjoyed browsing Pinterest and making crafts, including hair bows and barrettes. After selling her products at local farmers market, she got to know other creators. 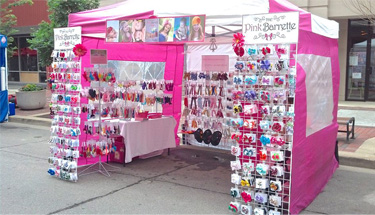 “After successfully selling online for several years, I was surprised to learn that few of my farmers market friends had an e-commerce presence – that’s when I got the idea to start online marketplace,” Edilson said.

After some research, Edilson applied for the Iowa Startup Accelerator program, which is supported by ISA Ventures and powered by NewBoCo.

“As a startup, you are making it up as you go along – or at least I was in the beginning,” Edilson said. “When you have access to experts in the game and all of these different resources – they help, and they matter.” 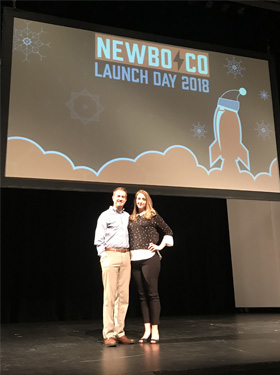 After completing the 6-month accelerator program, Edilson was ready to combine her newfound knowledge with her desire to help other creators and launched Member Marketplace in the summer of 2018. The company creates e-commerce marketplace websites for local communities, enabling their businesses to sell online together.

Edilson said she utilized a ton of different programs and resources the state offered to help Member Marketplace succeed, including funding from the Proof of Commercial Relevance program and Demonstration Fund.

“From the local farmers markets to the funding programs, it’s all intertwined, it’s all connected – I think it goes back to that ‘Iowa Nice’ saying,” Edilson said. “Everyone plays an equal role, and everyone cares equally about helping each other succeed.”

After the pandemic hit in 2020, Debi Durham, Executive Director of Iowa Economic Development Authority and Iowa Finance Authority, wanted to find a way to help small businesses stay afloat during the difficult time.

“Director Durham saw the incredible success of our ‘Shop Where I Live’ marketplaces [in Cedar Rapids, Central Iowa and Marion] and approached me with this opportunity to create something on a statewide level,” Edilson said. “It was such an awesome feeling.” 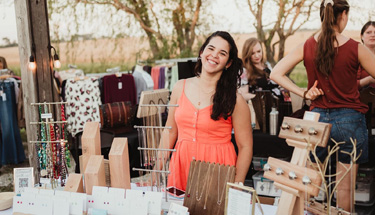 The e-commerce marketplace, Shop Iowa, officially launched in the summer of 2020, giving retailers from across the state a place to showcase their business and sell their product – for free.

“We recognize the importance of giving small businesses the visibility and support they need to succeed, which is why we created Shop Iowa,” Durham said.

Nearly 700 small businesses from 224 different cities (and all 99 counties) are listed across Shop Iowa, selling everything from apparel and accessories to home décor, pet supplies, locally produced coffee, gift baskets, and much more.

Paola Ayers, owner of Pikosa Creations in Cedar Rapids, launched her jewelry business in 2018 and needed help increasing her online exposure when the pandemic hit. After learning about Shop Iowa from her friend and fellow businesses owner, Brooke Happye of b.e.happe, Ayers started selling on Shop Iowa in late 2020.

“Shop Iowa has helped my business reach an audience I wouldn't have been able to otherwise, nearly doubling my sales and increasing my inventory,” Ayers said. “I mainly sold at local markets, and the increase in revenue from Shop Iowa has provided me the opportunity to open up another sales channel, my own website.”

Ayers’ friend, Brooke Happye of b.e.happe, also said that Shop Iowa has helped her reach new customers across the state.

“As a small business owner our livelihood depends on finding new customers, and the fact that the Iowa Economic Development Authority has developed a FREE platform is huge for small businesses,” Happye said. 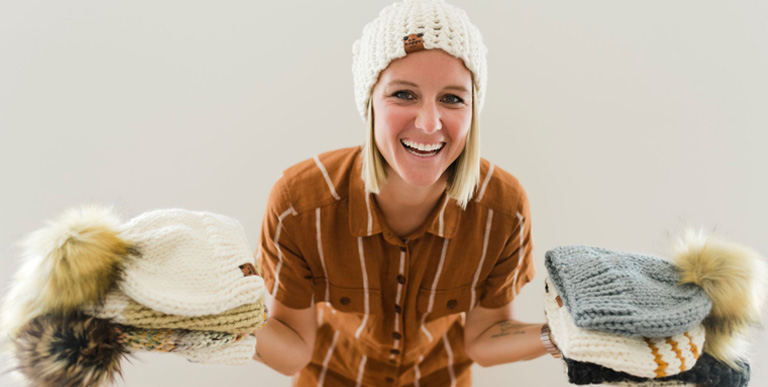 With the largest online collection of locally produced products, Shop Iowa ensures that people can shop from anywhere in the world and make a difference for businesses and communities across Iowa. 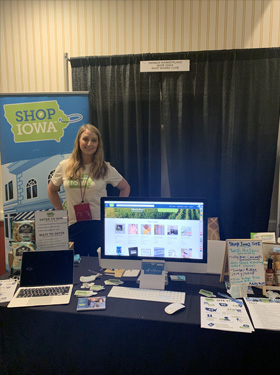 “On Shop Iowa, we care if a business gets a sale. We care to make sure their page looks great, and we care that their products are listed correctly. We care about seeing them succeed because it’s a snowball effect – it helps their community succeed,” Edilson said.

Just as Shop Iowa connects local businesses with new customers, Edilson credits the state of Iowa and its entrepreneurship programs for connecting her to the resources she needed to launch a successful career – and help make a difference – in her home state. 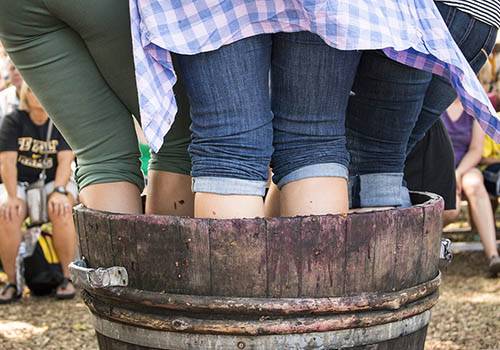