When Zack Jones was 21, he left his Iowa hometown of Malvern and headed west to Arizona with hopes of becoming an artist. At the time, he was glad to leave southwest Iowa behind for what he thought were bigger and better things. Little did he know, his soul searching and the inspiration for his art would lead him back home and eventually to the creation of his studio, Art Church.

“I never envisioned coming back and there was definitely a point where I thought Arizona was it,” said Jones. “But like the old saying, the grass isn’t always greener on the other side.”

While out west, Jones went all in on becoming a full-time artist. After a few random painting jobs, he was introduced to Sergio Ladron de Guevara, a renowned artist who took Jones in and taught him what art was truly all about. Perhaps the biggest lesson Jones said he learned was the importance of painting with love and creating art that was personal and a reflection of your life.

“I felt like Arizona had run its course,” said Jones. “I also realized that I hadn’t painted or created anything that really meant something to me. So, I decided to retrace my steps, head back to Iowa and see what would come out in my artwork.”

When Jones returned, he was surprised to see a revitalization happening in Malvern. A previously vacant building on the town’s main street had been transformed into a popular coffee shop. Completely refurbished, the shop had an open ceiling with original tin showing and exposed brick — a place Jones said you would find in an old market in a major downtown city. It was at this coffee shop that inspiration hit Jones.

“Growing up, I talked to my family for years about saving an old building and doing something cool with it,” said Jones. “The shop sparked my interest and was where this all started.”

Not long after, Jones was hired to do a commissioned job and desperately needed a workplace for a couple weeks. The answers to Jones’ prayers were in a Malvern church — literally! He found the perfect venue to paint and work in an old Presbyterian church. “The upstairs of the church had minimal use since its last service in the late 60’s,” he said. “I got permission to work there and immediately fell in love with it.”

All of the pews in the church had been removed, so it had an open floor plan and plenty of room for Jones to work. A dozen 11-foot tall gothic windows provided just the right amount of natural light. The church was inspiring. It was quiet. It was exactly what Jones was looking for. “I always wanted a studio that was also a live-work space, and ideally also be a space where I could host shows and open it up to the public,” said Jones. “A traditional house doesn't fit that mold, but the church certainly did. So, after working in it for a little under a year, I decided to buy it and have my very own Art Church.”

In the seven years since he purchased it, the Art Church has been transformed into Jones’ painting canvas and place for him to practice his art. He painted the ceiling, turning the space into Iowa’s version of the Sistine Chapel. The church hosts guests for weddings, fundraising events, various art shows, concerts and is even an Airbnb that has attracted visitors from as far as the Bahamas. The Art Church has also had a significant impact on the Malvern community and local artists. 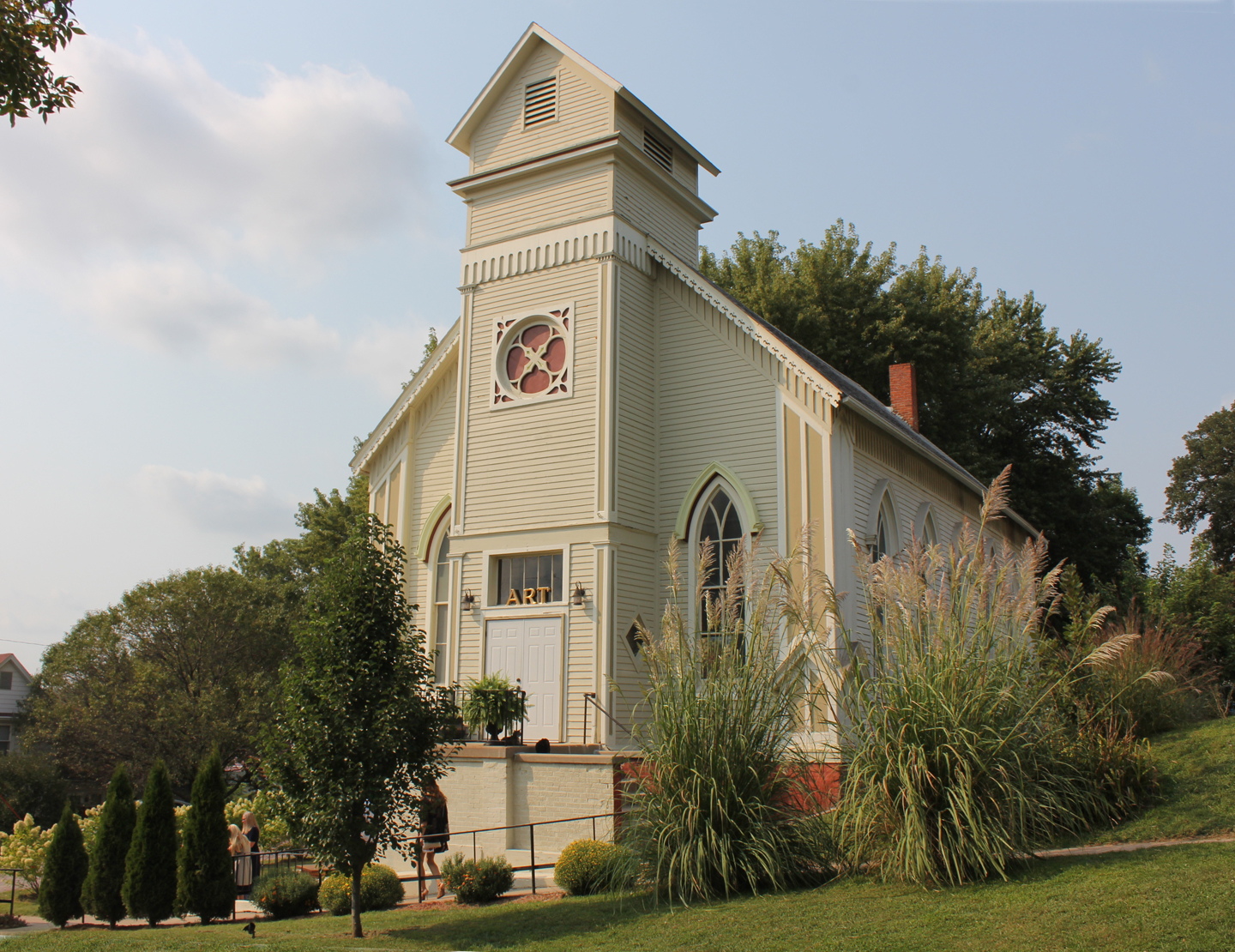 “When I left Malvern, it seemed like it used to be a secret if you did art — it wasn’t something you went public with, just a personal hobby,” said Jones. “I’ve seen more people come out of the woodwork and show true interest because they have a passion for art or aspire to be an artist too.”

As Jones has found his identity, so has his hometown. There is public art throughout the town, another art gallery a few blocks away from the Art Church that offers art classes for the young and old, and as a result of a beautification grant, downtown Malvern has new sidewalks and street lights.

“To see the old buildings on main street saved and downtown change, it has totally transformed the face of Malvern,” said Jones. “To be proud of where are from, where you live and what you are doing — it is such a great feeling and something I don’t think I ever would have found out west.”