Despite starting, building and selling three successful businesses, Omar Jordan doesn’t like to refer to himself as an entrepreneur. Instead, he enjoys the thrill of growing a business from an idea, from proof of concept to creating the perfect team to cultivate it.

Omar did just that with his fourth and most recent business, LenderClose, which is based in West Des Moines and is a web-based platform that is changing today’s financial technology industry. Its mission is to help local community financial institutions by building and equipping them with innovative technology that boosts the loan process’s speed, efficiency and member/borrower experience.

“Most fintech technologies go to the top 100 banks, but we focus on the bottom 5,000 banks and credit unions,” Jordan said. “If those go away, that’s a lot of jobs lost, and our communities start to look a little different.”

Omar’s expertise in this industry comes from over a decade of experience.

After migrating to the U.S. from Jordan in the late 90’s, Omar landed in California where he went to school for a while before dropping out. He eventually ended up in Iowa and got a job selling vacuum cleaners from door to door in Cedar Rapids, developing valuable skills as a sales professional.

Little did he know, mastering these skills early on would benefit the rest of his career. He first entered the finance industry in 2004 after landing a job as a loan officer with HSBC and was soon promoted to management, where he worked until the financial collapse of 2009.

Losing his job resulted in Omar’s decision to become self-employed and start his first business. From there, DataQuik USA was created, a company that completed background screenings for small businesses. He quickly sold it and moved on to ramping up three other companies, Iowa Settlement Services, Iowa Loan Closings and National Loan Closings, which grew to generate $6 million per year.

Working closely with credit unions and community banks resulted in Omar quickly discovering the opportunities within the finance industry’s current lending processes. Through networking with others in the industry, including his good friend and now COO Benjamin Rempe, Omar learned that community banks and credit unions were struggling to keep up with the compliance landscape while trying to compete with the national banking brands. One of the main contributing factors was the lack of meaningful technology solutions in place – some were still using typewriters to create loan documents.

“In 2004 at HSBC, we took advantage of clicking a button and having everything filled out to underwrite the loan,” Omar said. “The technology then surpassed the current technology that most banks and credit unions have today.”

Passionate about the success of community banks and credit unions which invest in their communities and do loan decisioning based on the actual borrower, Omar considered the idea of providing a single technology solution that combines national vendors, products and lending-focused solutions into one platform. And from there, LenderClose was created.

In 2015, Omar founded LenderClose and was soon joined by Rempe. The business began with a “basic looking” website, three employees and 15 clients. Today,  LenderClose has 32 employees and serves over 200 banks and credit unions nationwide with plans to onboard an additional 200 in 2020.

Omar foresees LenderClose gaining even more momentum. From increasing the number of employees to 60, building strategic partnerships and creating and piloting new technology and products, the company has a bright future backed by its valuable employees and Iowa’s communities.

“This state possesses some of the most talented people, and part of our success is having people with Midwestern values within our organization,” Omar said.

“If I stopped and thought about why I am where I am, if there’s an ounce of success that we’ve brought, it’s because of the people around me. This entire team helped me and this business get to where we are today.” 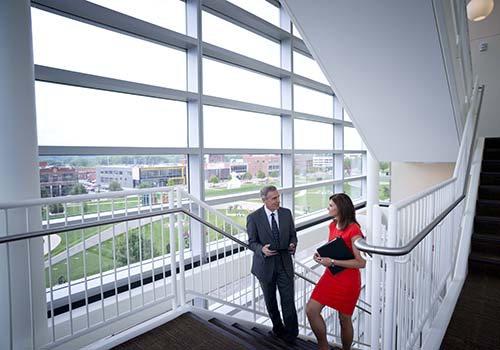 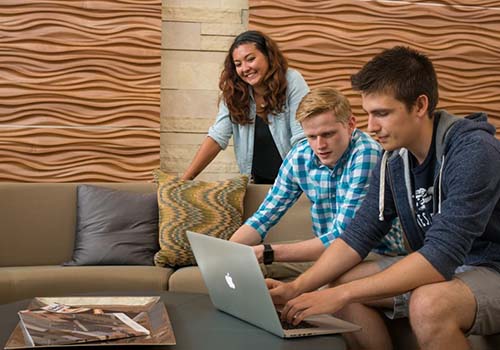