Ben Milne, founder and CEO of Dwolla, has all the accolades of a tech giant in Silicon Valley. For his work, Milne has been recognized by Forbes as a Disruptor of the Year, named as one of Goldman Sachs’ 100 Most Intriguing Entrepreneurs and honored by MIT Technology Review in its annual Innovators Under 35 list.

And under his leadership, Dwolla has expanded to serve fast-growing technology companies throughout the country, powering billions of dollars in commerce annually. It may surprise some that this innovative company and its CEO are based in Des Moines, Iowa, where they are changing the way people and companies move money — and eliminating the fees that go along with it.

Have you always had a desire to be an innovator and entrepreneur?

As a kid, I enjoyed working with software and computers. I was enabled to make things and had parents that supported those interests. Lo and behold, when you like making things and other people find that valuable and trade money for those things, that is called entrepreneurship. So, I guess you could say that I kind of fell into it by virtue of having a great set of parents and a support system that encouraged me to follow my passion and then try it out in the world.

At a high level, can you describe Dwolla and how it works? 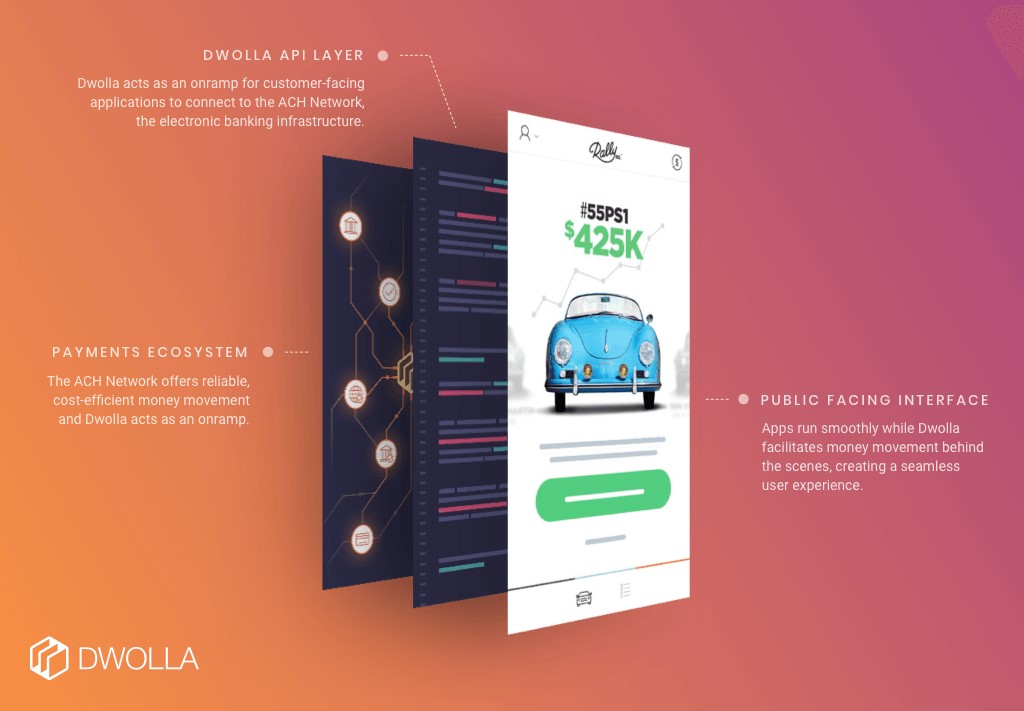 What Dwolla does is simple, but how it works certainly is not. We provide programmable payments to software developers — basically we enable software to move money. Companies that want to build B2B marketplaces or invest in platforms need a lot of complex infrastructure to provide their products. We rent that complex infrastructure for a monthly fee to them allowing them to focus on building their core business, while Dwolla focuses on the infrastructure.

What sparked the idea behind Dwolla?

The initial concept for Dwolla was built around enabling programmable payments, without paying credit card fees. The interesting thing about what we provide is that it can be utilized for a lot of different reasons. What we initially built was something that from a technical perspective was impressive. However, we found that although our best customers loved the technology, they also wanted to put their name on it.

So, we changed the approach and instead of us being the only ones that had the infrastructure — we decided to open it up so that anyone could build it into their software — which then became a great accelerator for us.

Originally from Cedar Falls, in 2013 you moved to San Francisco to start your company. But you eventually moved back to Iowa. Why?

We are really building Dwolla for the second time. When I moved to the Bay Area, it was during the first company, and that company was centered around a consumer product we ended up shutting down. During that phase, one of the things I personally struggled to do was build out a leadership team and management team that could really accelerate the growth of the company. I worked with an investor who offered to help us build that team out in the Bay Area.

We were fortunate to accomplish that goal of building a solid team in California. Unfortunately, the consumer product we shipped was not the business we ended up wanting to be in. We eventually changed everything. The team changed. Management changed. The board changed. The product we were selling changed. And at that point in time, I decided it was best for me, and for the business, to come back to Iowa. My family was here. A lot of my team was here, and I felt like it was best for me and the company to be working as closely with them as humanly possible. So, I came home.

What did you learn from that experience?

Most things that you try when starting a business won’t work, and if you keep doing the things that don’t work, the business probably won’t last long. I think there are a lot of learnings along the way, and if we give ourselves permission to fail — because we will fail — there can be valuable lessons from those failures.

The most hyperbolic example of that is when we changed the company. When it became the second version of Dwolla, that was a recognition that the initial product we built did not work in the way we thought it would over the long term. And that was humbling. So, we adapted and evolved the product into something we found the market was extremely interested in, and that gave us new life. It gave us lots of new opportunities. We started down that new path with about 30 people. Today we are at a little over 100. We are proud the team has grown, the client base has grown, and we are most proud of the work we do for our clients. Some of the stuff we get to do is cool, and none of that could have happened had we not failed, adapted and evolved.

Where do you see Dwolla in the next 10 years?

Over the next 10 years, we have the vision and goals to support all layers of the internet. For us, that means providing programmable payments to developers worldwide. It means supporting a multitude of currency types, transfer types, geography and people with different languages. There is so much work yet to be done that even if we continue to grow at the same rate, 10 years from now we are not going to be finished. I am hopeful that a decade from now finds Dwolla more impactful than it is today — not only for our clients, but also our community with another bright 10 years in front of it.