Revitalizing Atlantic while having fun

On May 4, 2007, she was a freshman in high school when her hometown of Greensburg, Kansas, was hit by a devastating EF5 tornado. That evening, 95 percent of the city, including her high school, was destroyed. Despite horrific circumstances, Fleener was able to find a silver lining in Mother Nature’s wrath while taking something positive from an event that caused so much negativity.

“The tornado provided a unique opportunity for me to get involved in grassroots community planning, economic development and building back a community based on input and what we wanted the community to be,” said Fleener. “The tornado is how I got into this field and, from that day, I knew I wanted to be a community planner.”

Four years later, and with real-world experience few could relate to, Fleener ventured to Manhattan, Kansas, where she would obtain a Master’s of Regional and Community Planning degree from Kansas State University. Upon graduation, unlike her peers who chased planning jobs in big cities, Fleener had her sights set on a career in a rural community located in Atlantic, Iowa.

“My last semester in college I noticed a job opening in Atlantic and immediately applied for it,” said Fleener. “It was a perfect fit. I was familiar with small towns and the challenges they have in rural areas. They (Southwest Iowa Planning Council) called me the day after my interview and asked me when I could start.” 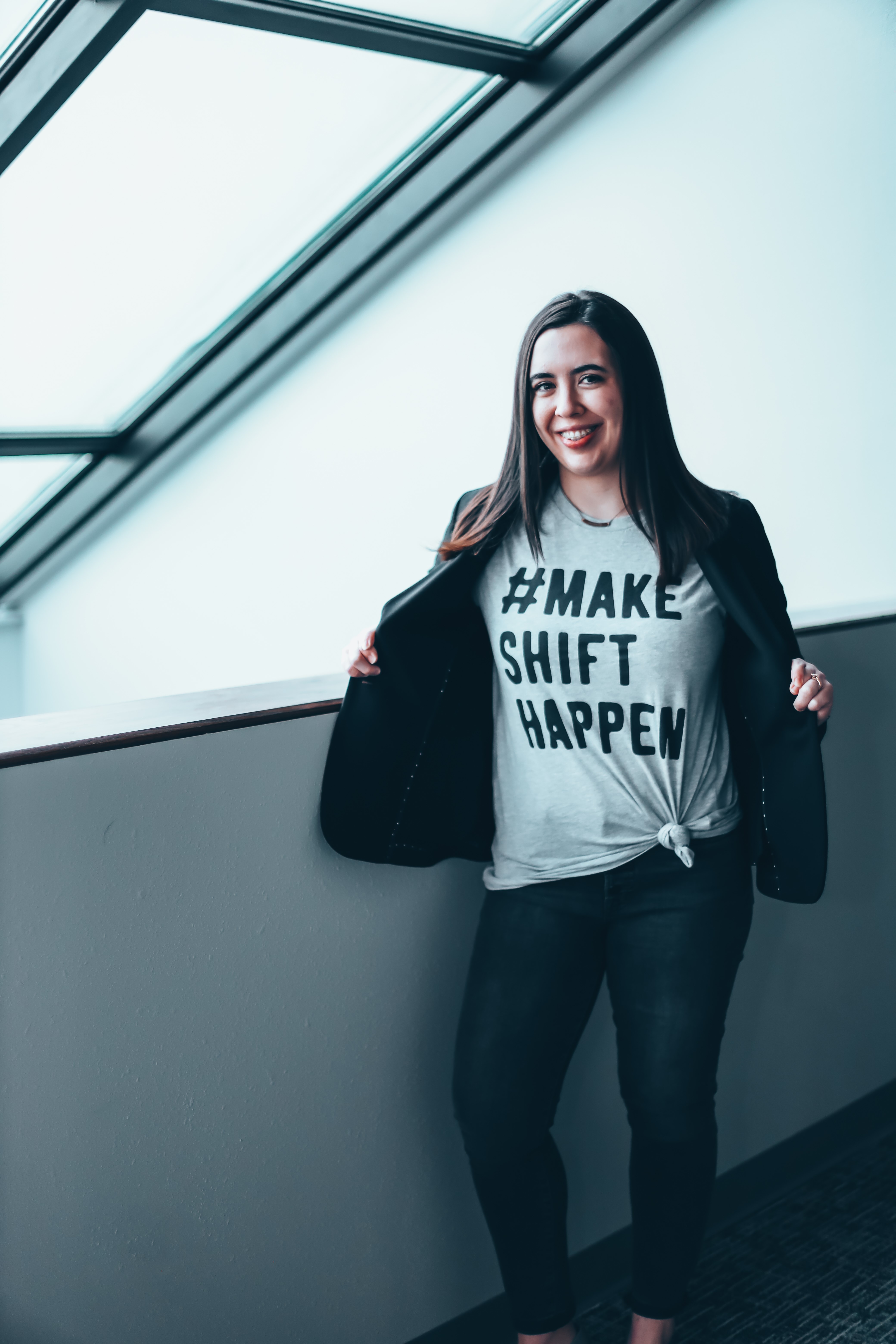 After accepting her dream job as community planner and moving to Southwest Iowa, Fleener hit the ground running and quickly adjusted to her new home. Yet, something was off, and she believed she could add to what she was doing in her job as a community planner.

“Deep down, I started to feel like something was missing,” she said. “Through my job, I saw and heard about all the great things other communities were doing and wanted to be part of it. I wanted to do more.”

Around the same time, a local Atlantic business held a community meeting where more than 300 gathered to discuss the current state of the city. Digital marketer Jessie Shiels was one of those in attendance and realized it was time to do something about it.

“That night showed just how many people cared about Atlantic and wanted to see progress happen,” said Shiels. “Unfortunately, the meeting was mostly complaining. No one stood up and had suggestions or volunteered to get things rolling. It was obvious to me then that there was a need for boots on the ground and people to stand up and figure out all the puzzle pieces needed.”

Not long after the community meeting, Shiels pulled in eight others around town whom she knew were community minded and shared an idea centered around her desire to spark change in the community. Thanks to a recommendation from the local chamber, Fleener was one of those who took part.

“I had never seen her (Fleener) face until she walked in the conference room that day,” said Shiels. “We laugh about that now because less than year ago we didn’t know each other. Now we don’t go a day without texting.”

Fleener, Shiels and another who attended, Mackenzie Bandow, stayed long after the meeting ended and discussed how successful communities often have something in common — a nonprofit that worked on community and new economic development.

“Atlantic is the biggest city in our region, and it felt like we were just kind of maintaining,” said Fleener. “It was obvious to Jessie, Mackenzie and me that our town wasn’t really going for it, pushing the limits or taking risks. We decided then and there to change that.”

The group pushed all their chips in and formed Shift ATL, an official 501c3 nonprofit organization with a mission to spark progress. Working closely with the city, chamber and county economic development department, the trio leads a group of 10 who listens to the wants and needs of the Atlantic community and then does their part to create a positive “shift” forward.

But perhaps most importantly, Shift ATL gets young people like Fleener involved and excited about making their community a better place.

“It’s not always easy to make new friends when you are in your 20s or 30s. And it’s harder when you are from a different city or state,” said Fleener. “This group introduced me to other like-minded people while filling the void I’d had to make a difference.”

It didn’t take long for Shift ATL to make an impact. Since its formation in June 2019, the group purchased a historic building in downtown Atlantic. Along with more than 30 volunteers, they organized a demo day to gut the building, and its well on its way to becoming a wine bar and coffee shop. They also held a block party and put on Atlantic’s first Turkey Trot 5k and 1-mile family run and walk that had 180 attendees. The proceeds from each event go toward the building project, but they have plans well beyond that.

“Another area that we are wanting to explore down the road is housing. We have aging housing stock and are missing a middle income/starter home market,” said Fleener. “With all of us being transplants, we have our own personal experiences trying to find housing. By no means do we think we are going to solve all of Atlantic’s problems, but we can at least do our little part and create a shift to make our home a better place.”

Photos courtesy of Shift ATL and Heart of Hoye Photography