Exploring Your Own Backyard

Iowa has a landscape rich with outdoor opportunities. With lakes and rivers full of fish and wildlife, more than 70 state parks, thousands of county parks and nearly 2,000 miles of bike trails, outdoor recreation abounds.

So when COVID-19 began canceling people’s travel plans and summer vacations, many Iowans turned to their own backyards for fun and adventure. Rick Mosher of Urbandale was one Iowan in search of something safe to do. 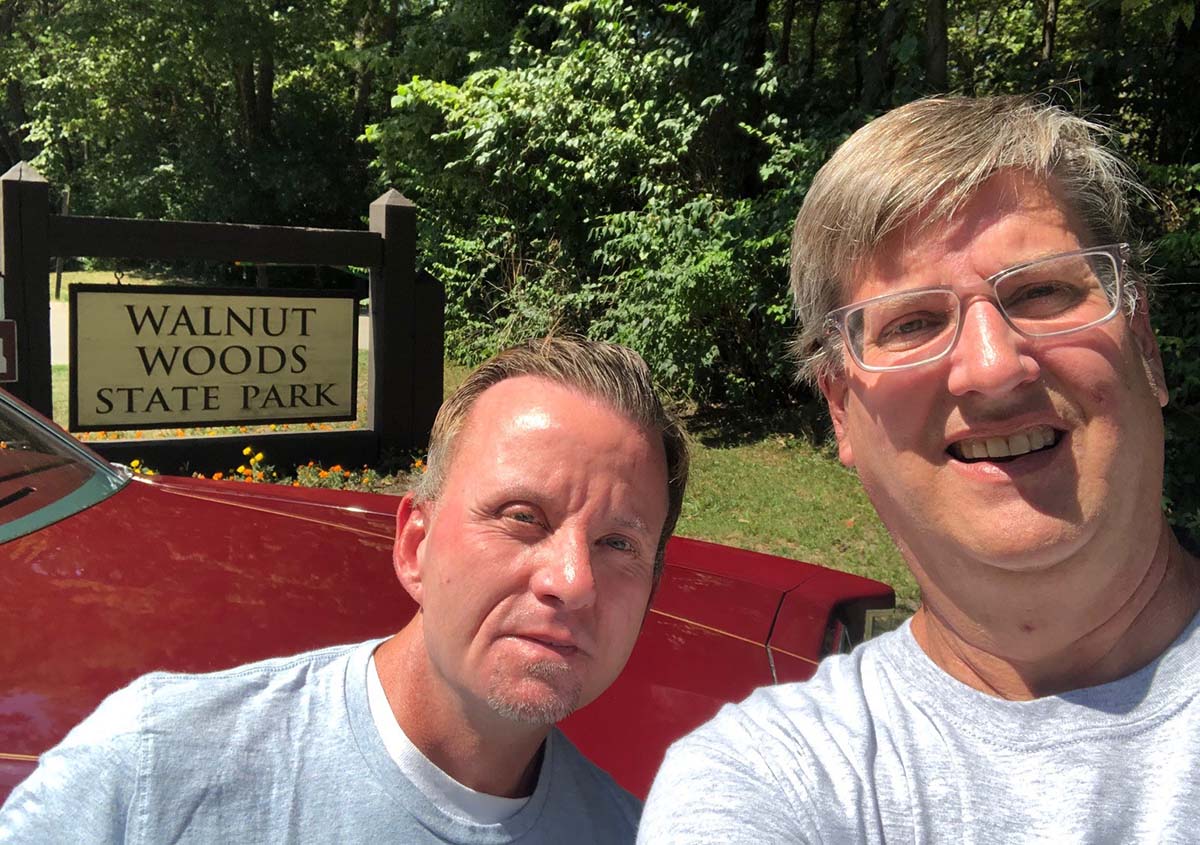 As the owner of a classic 1979 Ford Thunderbird Heritage Edition, Rick had previously signed up for the Iowa Travel Guide and followed Travel Iowa on Facebook as a way to find nearby road trips.

“But then COVID hit. And it was like, well, we can’t really do much for vacations or go anywhere this summer. What are we gonna do? Well, what better way than to take advantage of Iowa’s outdoors? We hop in the car, drive, we’re doing social distancing and we’re exploring,” said Rick.

Using the Iowa State Park Passport, Rick and his co-pilot, Kevin Casebolt, have been to 18 of Iowa’s state parks – and counting.

“I’m a born and raised Iowan and didn’t know most of these parks existed. I’m just amazed at how well kept they are and the park rangers have been more than helpful,” said Rick.

In addition to getting out of the house, the Park Passport has given Rick the opportunity to visit with friends and family (from a safe distance) across the state – and encourage them to start their own adventure.

“I have been telling everyone that they need to get out and check out the parks! I think I have had over 10 people sign up in the last month. Kevin and myself post our trips on Facebook and how clean and friendly the parks are,” he said.

The prizes associated with the Park Passport have been an added bonus as Rick makes his away across the state. He proudly wears his official Iowa Park Passport t-shirt on his travels and displays his Pikes Peak State Park art print in his home office. His goal is to make it to all 62 listed state parks by the end of October and – fingers crossed – win the Honey Creek Resort grand prize.

As of August, more than 12,600 people have signed up for the Iowa State Park Passport. Although the passport began as a way to celebrate the 100th anniversary of the Iowa State Park system, it’s become a tool to help families explore parts of Iowa they have never experienced, despite living nearby.

Sign up for your passport here and plan your next weekend adventure!