Teeing Off Across Iowa

When Ben Frotscher first picked up a golf club as a kid, he never imagined the future impact the sport would have on his life. On a spur-of-the-moment golfing trip with some family members, Ben hit his first tee shot, landed on the green, made his first par and decided golfing was something he wanted to take up.

From there, the Farnhamville native’s love for the sport grew. Throughout high school, he spent his summers exploring local courses with his friends. Then, after graduating from Simpson with a degree in Communications and moving to Creston for his first job as a sports writer, he started adding more and more golf courses to his bucket list.

Before he knew it, he had set a goal to play every private and public golf course in Iowa.

“As a 20-something, life revolved around my journalism career, working out at the local YMCA and golf," 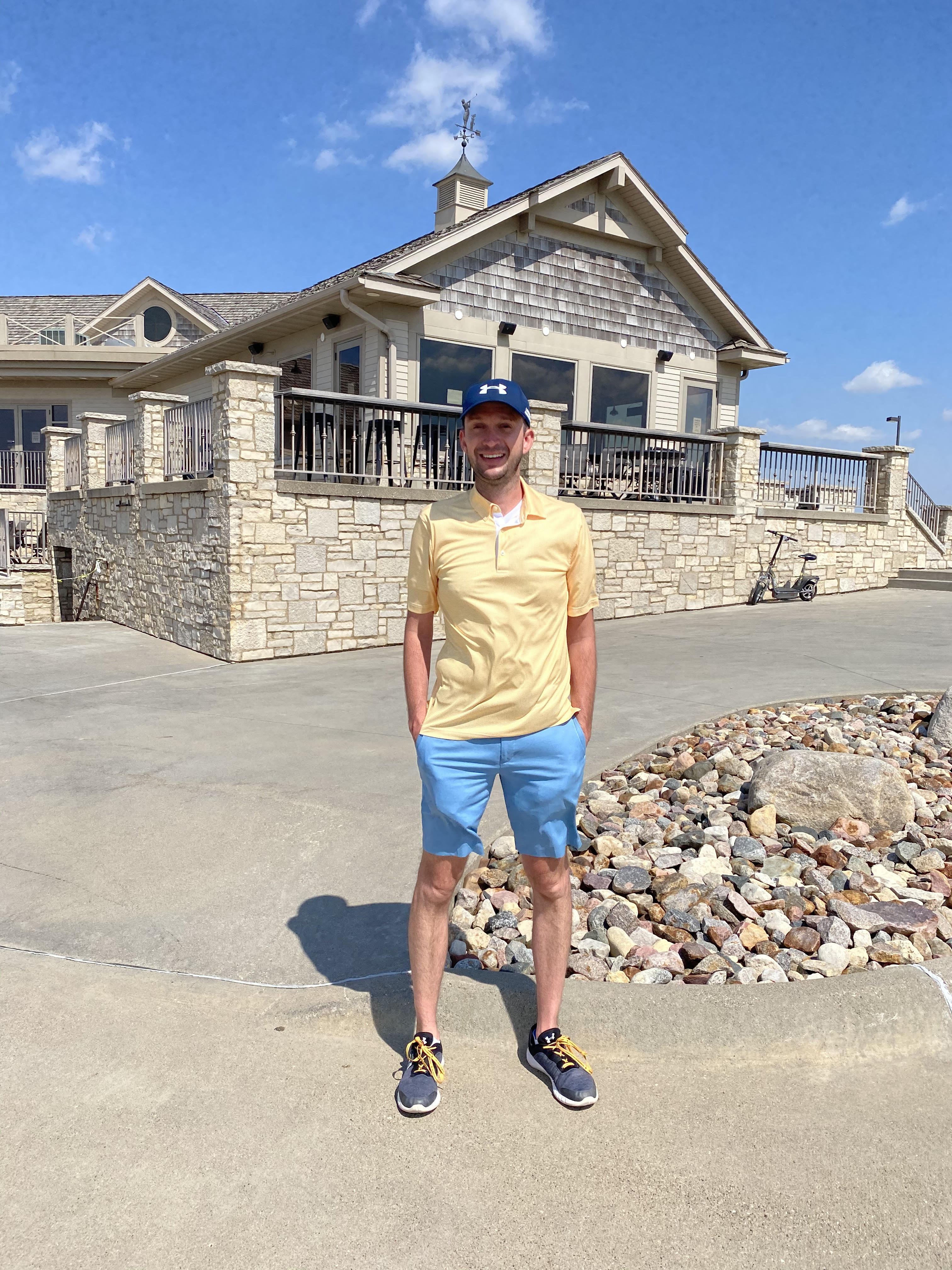 Ben said. "Even though I was just starting out professionally, I always found a way to afford playing golf."

Since then, he’s taken weekend trips to all four corners of the state and documented each course on his Instagram page. As he got closer to reaching his goal, Ben continued to be amazed by the abundancy and diversity of Iowa’s courses. Ranked among the top ten states with the most golf courses per capita, Iowa is home to nearly 400 golf courses, a staggering number to be conquered by one man.

Despite the number, Ben will complete his journey by the end of August this year. Along with exploring the state and the small towns many golf courses call home, he’s also discovered the true meaning of “Iowa nice” along the way.

“I would play a lot of courses by myself and would end up getting paired with somebody on a busy day or getting behind a slow group and joining them,” Ben said. “People have always been really intrigued by my journey and along the way I’ve made connections that allowed me to get into some of the private courses, which I thought would be more of a challenge.”

After exploring every corner of the state and realizing just how big Iowa really is, meeting new people along the way and discovering his favorite aspects of golfing, Ben is encouraging others to take off on their own journeys.

“If anyone has any kind of interest in doing something like this, do it. It’s been a fun adventure and is a great way to see Iowa. Just don’t rush it, take your time and enjoy the journey.”

Be sure to check out his list of top 10 Iowa golf courses here.