On August 10, a derecho swept across the Midwest, leaving nearly 590,000 without power and as many as 14 million acres of farmland destroyed, according to the New York Times. While 2020 has certainly been a tumultuous year, it has been evident that in tough times, Iowans unite to help each other in their community. Whether it’s neighbors helping clear debris, line workers operating around the clock to restore power or donating food, people in Iowa know that it takes everyone pulling together to overcome difficult times. In the past few weeks, Iowans have been answering the calls for help not only in their communities, but from throughout the state.

Willie Fairley, who owns Willie Ray’s Q Shack in Cedar Rapids, is making a huge difference in his community. Fairley has lived in Cedar Rapids for the past 18 years and was devastated to see the destruction caused in the area. He thought of a fitting way to help those in need – with his smoker.

Fairley has been doing whatever he can to help out, including moving trees and debris in addition to cooking meals for others. He’s given away hundreds of meals, and the people in his community are getting the word out on social media.

Fairley doesn’t have plans to stop anytime soon. With donations still rolling in, residents can count on Fairley to be there serving up hot meals in his community.

“People keep donating, so we’re going to be giving out food for a long time. Even when the storm is over, cleaned up, if there’s still funds left, we will continue to give.”

Farmers and Friends Helping Others

Farmers and Friends Helping Others is a joint relief effort of many that started with Tyler and Amy Brunch of Cyclone Farms and Paul Coffey of Coffey’s Hog Wild BBQ. The team was created to assist those effected by natural disasters, and the farmers knew Iowa needed their help post-derecho. Farmers and Friends donated more than 6,000 hot meals last Thursday in Marshalltown and Cedar Rapids and have a goal to raise $100,000.

“Farmers are the first ones always to help other farmers, that’s just the way we are. Right now, we need your help, there’s a lot of folks who need your help. It’s going to be a phenomenal cause,” said Tyler Brunch. Those interested in donating can check out the Iowa Derecho Relief effort here.

Great day yesterday in Iowa, 6000 meals served. Stories were humbling. Thanks to ?@MikeNaigIA? and co. for stopping by and helping out.#farmers #AgTwitter pls donate to our cause https://t.co/owhlfNo5Ce ( farmersfriendshelpingothers) your donation will be impactful pic.twitter.com/Soxkuqry6P

As communities continue to work to repair damage from the derecho, Public Works crews in #CedarFalls have traveled to Cedar Rapids to help the city with their recovery efforts.

Learn more at https://t.co/nVHyEfjPOB and thank you to all those who are helping keep us #IowaStrong! pic.twitter.com/oN1Uv0ek2z

Though they bear similar names, Cedar Rapids and Cedar Falls are spread out by a distance of about 70 miles. That distance made a difference in the damage caused by the derecho, as Cedar Rapids experienced much more significant problems than its northern neighbor.

But as is customary for Iowans, helping the nearby city was a top priority. Two Cedar Falls Public Works crews arrived in Cedar Rapids last Tuesday to repair damaged traffic signals and street signs caused by the storm. The crews are expected to be there until the end of August to help with the recovery efforts.

“Coming together to help others is what it means to be Iowa strong,” said Chase Schrage, Cedar Falls Public Works Director. “We were extremely lucky that the storm missed us in Cedar Falls, and we want to take the opportunity to assist our Cedar Rapids neighbors.”

Just ask Tommy Rhomberg from Mount Vernon. After the derecho knocked down a tree in his family’s backyard, he took a tough moment and turned it into an opportunity to create something special. After finding the perfect branch, Tommy hand carved his very own baseball bat, naming the downed lumber The Great Derecho.

“I just wanted to make a nice gift for my friend. I didn’t know people would be so interested. But, since so many people in our area need help after the storm, let’s work together to make a difference for them,” said Rhomberg.

Now, Tommy and his grandpa will be making and selling more bats to commemorate the recent storms. A portion of the sales will support local relief efforts through the Greater Cedar Rapids Community Foundation.

He lives in Mount Vernon, Iowa. When #Derecho knocked down a tree in their backyard, he chose the best branch and hand carved a baseball bat.

“I thought it was necessary to really help out the community, especially in that area that a lot of times gets put on the back burner with stuff getting reestablished,” he said. “I thought it would be a way to help out in the place I grew up.” https://t.co/E38wQ1xPlv

Many in Cedar Rapids experienced the full-fledged effects of the derecho, including restaurant owners who have already been dealing with the impact of COVID-19 on their business. That didn’t stop several restaurants and food trucks from serving free meals to those in their communities.

Reporter Alison Gowans of The Gazette rounded up a handful of these inspiring stories. She spoke with several of the restaurant owners who were looking to help others even as they dealt with damaged homes and buildings themselves. Breakfast House, Caribbean Kitchen, El Bajio, Marquee Pizzeria, One More Bite and Persis Cedar Rapids are just a few of the restaurants and food trucks that have been giving away food in the area.

“I thought it was necessary to really help out the community, especially in that area that a lot of times gets put on the back burner with stuff getting reestablished,” said Ja’Don Cavil, owner of the food truck One More Bite. “I thought it would be a way to help out in the place I grew up.” 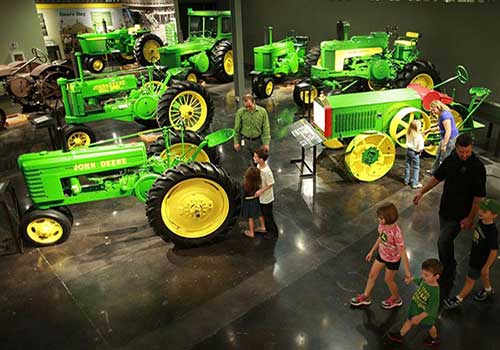