An Innovative Journey to Keep a Dream Alive 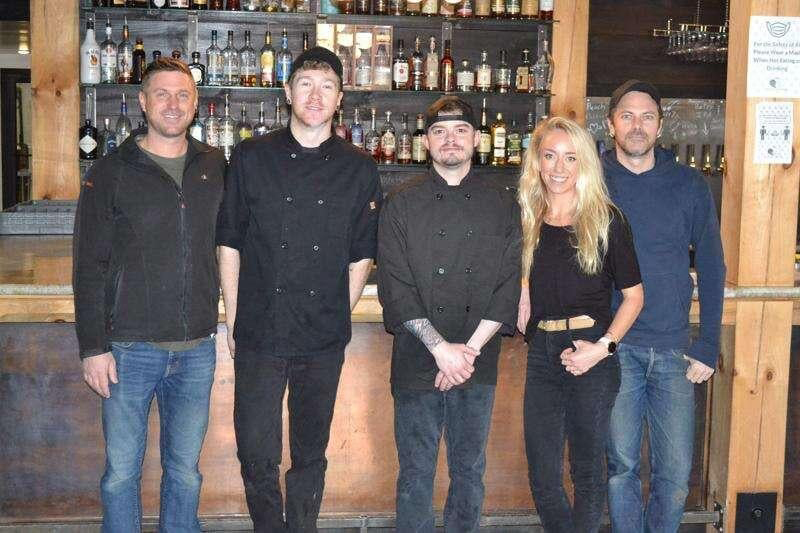 When a Kansan, Texan, Californian and Australian embarked on a European cider tour, they returned with a vision of starting their own cidery in the United States. Through strategy, innovation and resilience, they made their dream a reality in Iowa.

Clint Stephenson, Annalisa Thompson, Cole Fishback and Hopi James each lived in Iowa during their adolescence, but what made them return was Iowa’s central location for shipping, low cost of entry for processing space, and support for the food and agricultural industries.

“I think Iowa was kind of always the plan,” said Stephenson. “We really did have to rely on our community to support us through this whole thing. This was the right place to do it.”

Several years and pivots to their business strategy later, Fishback & Stephenson in Fairfield is now an award-winning cidery, winning a gold medal at New York’s International Cider Competition for their First Crush Cider in 2020 and Cherry Poppins Cider in 2021. Their unexpected journey to this accomplishment required dedication, community support and innovation.

The team started their cider making process as a grassroots operation. The first mission was to find enough apples to start the research and development phase, so the team turned to local sources by offering apple picking services.

The next step was to turn the apples into cider and develop recipes. Because they couldn’t yet afford proper manufacturing equipment, they tried a juicer in Stephenson’s kitchen followed by a small apple press bought online. When that didn’t produce the volume they wanted, they used processes such as garbage disposals, shop presses and woodchippers to mash the apples and washing machines to turn them to liquid. Eventually, they were able to purchase presses and machinery large enough to support their operation.

In 2014, the owners at Fishback & Stephenson bought a building in Fairfield and created a business plan. They decided opening a restaurant and saving their profits would be the quickest route to launching a cidery. For a few years they focused solely on the restaurant and found fast success, winning Best Burger in Iowa in 2015. While the restaurant thrived, the owners never lost sight of their ultimate goal of opening their own cidery.

When they saved enough money and perfected their cider recipes, the owners closed their restaurant and worked passionately to create a beautiful timber-framed taproom to serve their cider and host events. Once the space was complete, the pandemic forced them to close their doors before they opened.

To keep their business running, they built a kitchen in the taproom and reopened the restaurant for to-go orders. The change in business model brought additional challenges from staffing to supply chain issues to delays with food distributors.

A bright spot to the new business model was the opportunity to hire members of the community in a time when many were struggling.

“We hired 26 new people during COVID-19, and I don’t know many restaurants or service industry businesses that were hiring that many people,” said Stephenson.

While the pandemic brought many challenges, it also provided an opportunity for the cidery to develop their own canning method that allowed local grocery stores to sell their products on their shelves.

“We took on some more debt to make sure we had the flexibility to get the product to the grocery stores and convenience stores at a price point where we were making profit,” said Stephenson. “We bought a cask canning machine that does about 2,000 cans per hour, and it’s an automatic machine, so it takes about two people to run it versus probably 10 people for something that’s more manual.”

The decision to invest in canning automation paid off for Fishback & Stephenson. Their cidery distribution in retail spaces continues to grow as they seek to broaden their footprint to Illinois and Missouri. In Fairfield, they continue to serve both food and cider in their beautifully crafted taproom.

As they look to expand their entrepreneurial dream, Stephenson, Thompson, Fishback and James know they will always keep their roots in Iowa.

“I think the best part of having a business in Iowa is it’s a lot more simple than other places,” said Los Angeles native Stephenson. “I really like the ease of doing business, the quality of life and the lack of commute time.”

“We really are set on growing our business. We are here, and we don’t want to go anywhere.” 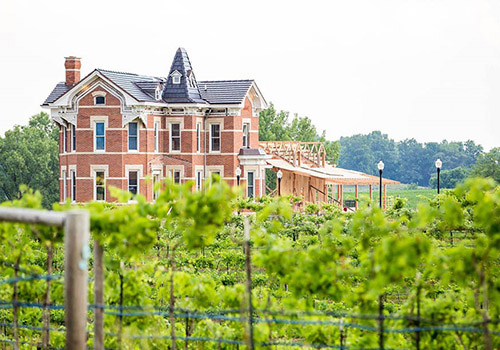